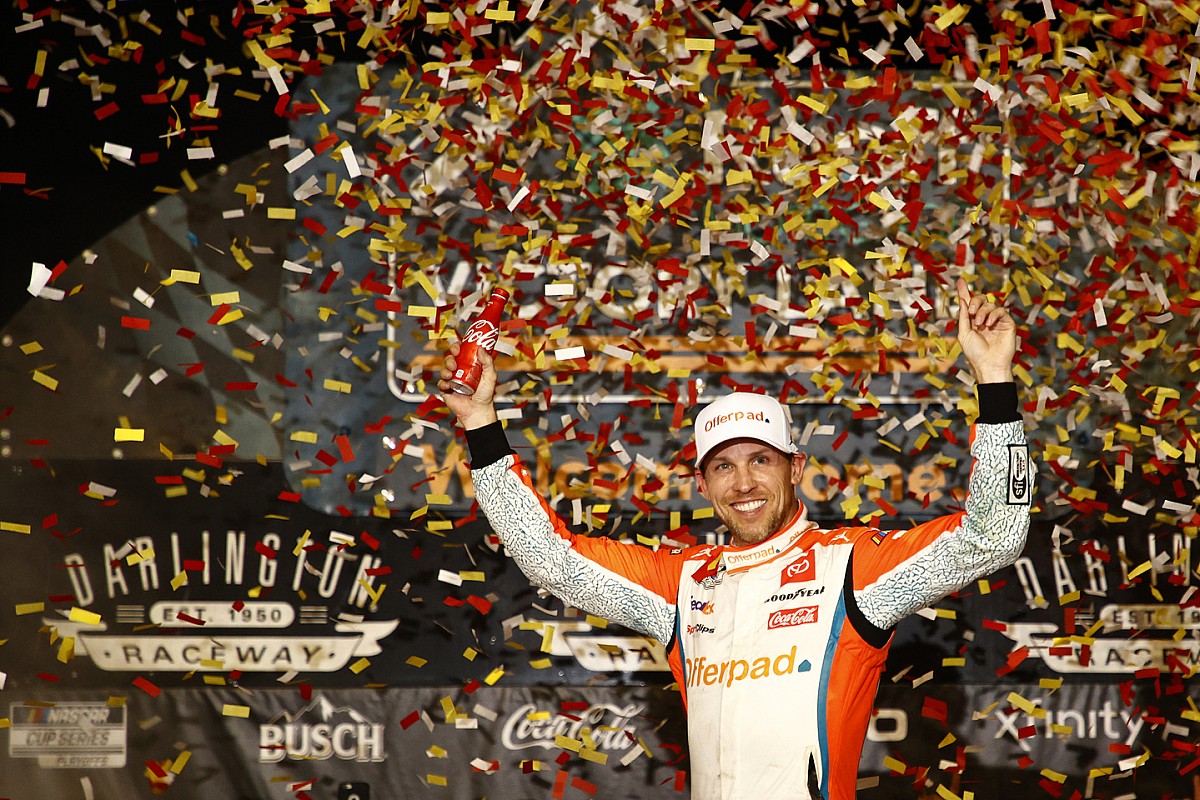 Hamlin fought off a wild charge from Kyle Larson in Turns 3 and 4 and hung on to win Sunday night’s Southern 500 at Darlington – his first win of the year, which automatically advances him into the Round of 12 in the NASCAR playoff regardless of where he finishes in the next two races at Richmond and Bristol.

Hamlin led the final 69 laps, but it was the last one where he came closest to losing out on the win. As the two entered Turn 3 on the last of 367 laps, Larson sent his #5 Chevrolet deep into the corner and into the wall.

Larson still managed to get to Hamlin’s rear bumper exiting Turn 4 but lost momentum as the two raced to the chequered flag, where Hamlin won by 0.212 seconds.

“He [Larson] drove it in past the limit of the cars and the tyres. I knew he was coming. I was a little bit conservative on that last lap because I had that four-car-length lead. Yeah, I didn’t think he was going go that deep, but yeah, still a great race.

“It’s been back and forth with me and him most of the year. He’s just been a little bit faster on these types of race tracks, and luckily the caution came when it did and the strategy worked out great for the team, but man, I’m really happy.” 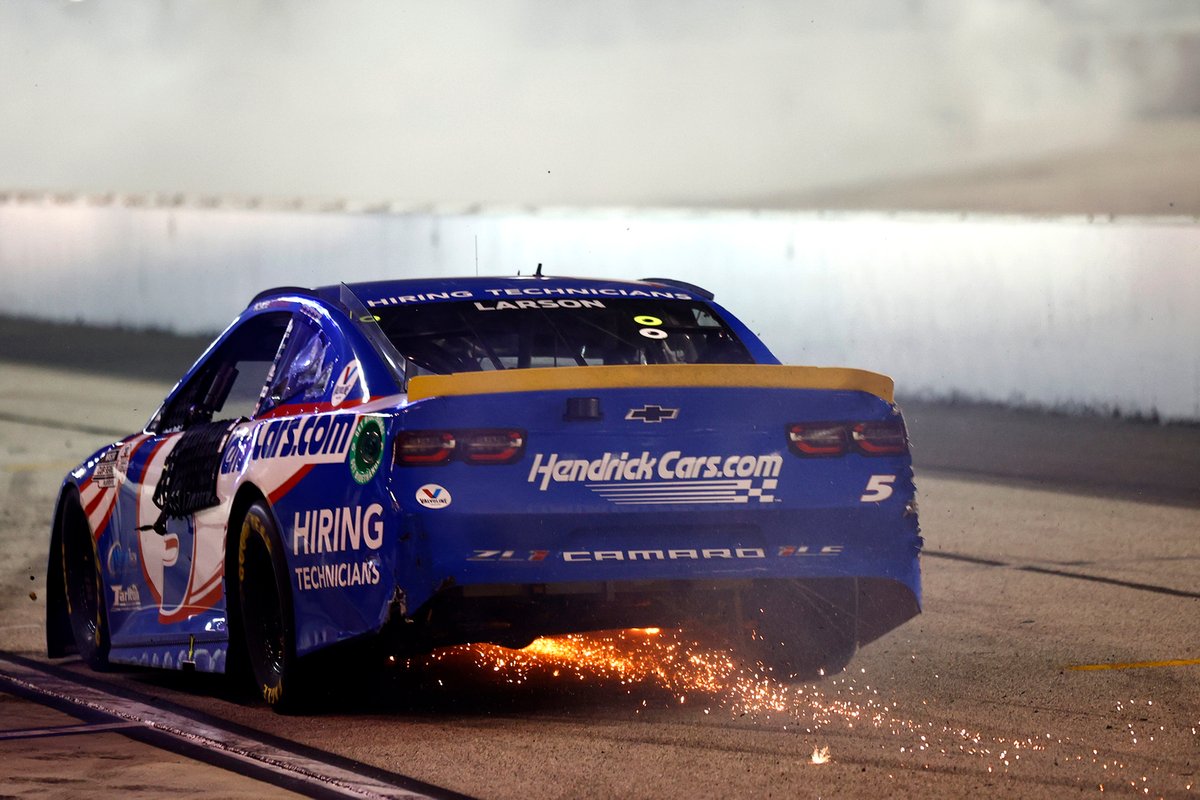 Asked about the significance of the win, Hamlin said, “It was a matter of time. We can’t just keep leading inside 10 laps to go every week and not get a win.

“Yesterday was some unique circumstances but, man, I tell you what, I couldn’t be happier for this win and now to move to the Round of 12.”

Ross Chastain finished third for Chip Ganassi Racing as Martin Truex Jr rebounded from a late-race speeding penalty to end up fourth for Joe Hibbs Racing and Kevin Harvick rounded out the top five in his Stewart-Haas Racing Ford.

Kurt Busch took sixth ahead of Brad Keselowski and Joey Logano, as Chris Buescher and Austin Dillon completed the top 10.

But it was a race to forget for Chase Elliott as he slammed the Turn 1 wall on Lap 327, doing considerable damage to his #9 Chevrolet which forced his race to an early end.