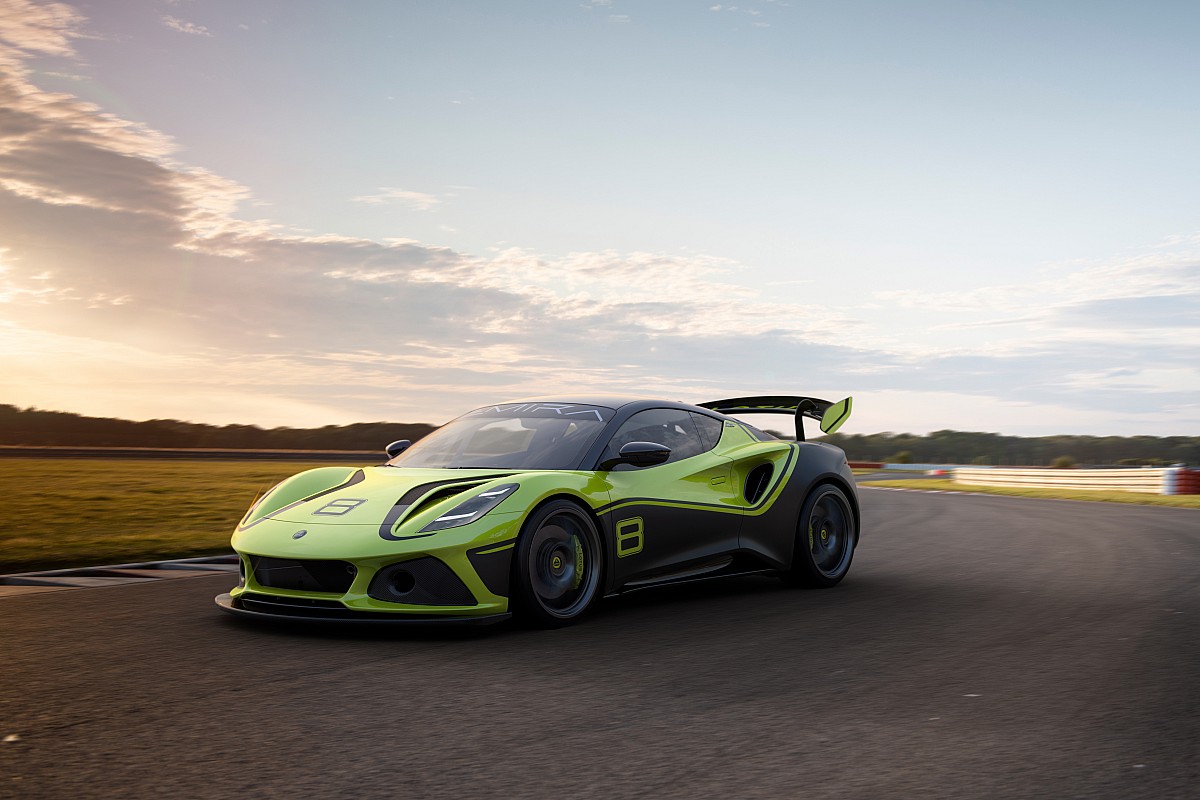 Based on the Emira road car, which was debuted in July at the company’s Hethel test track by 2009 Formula 1 world champion Jenson Button, the race model is powered by a 3.5-litre Toyota V6 engine and will be eligible for GT4 championships including GT4 European Series, British GT, ADAC GT4, DTM Trophy and the GT4 America Series.

It is the first bespoke racing car produced by the Norfolk manufacturer – now owned by the Chinese Geely Group that boasts 2020 WTCR title-winning brand Lynk & Co among its expanding portfolio – since the Evora GT4, which proved a race-winner in British GT and the 24H Series.

The Emira is slated to be the last petrol-powered car from Lotus, which has developed the electric Evija hypercar, and the GT4 model comes as part of what a Lotus statement describes as “a key pillar of the company’s transformation”.

It has been jointly developed with renowned engineering firm RML, a company best known for its successes in factory motorsport having won British Touring Car Championship titles with Vauxhall (1995), Nissan (1999) and Chevrolet (2010).

It also claimed four consecutive World Touring Car Championship titles with the American marque between 2010 and 2013.

In recent years, it has diversified away from racing and specialised into electric vehicles – although it also developed the Nissan ZEOD RC that became the first car to complete a full lap of the Circuit de la Sarthe on electric power at the 2014 Le Mans 24 Hours.

A statement said that Lotus “aims to build a limited number of Emira GT4 race cars for the 2022 season”, with a view to increasing production for 2023 “in line with global demand”. The car will be officially launched later this year.

“We have worked hard with the team at RML Group to ensure this next-generation of Lotus GT car will deliver race-winning performance.”

RML Group commercial director Simon Holloway added: “We are delighted to be collaborating with Lotus on the all-new Emira GT4 Concept.

“Both companies have a long and successful motorsport pedigree, and to bring that together at such an exciting time for Lotus is a welcome validation of our vision and values.”