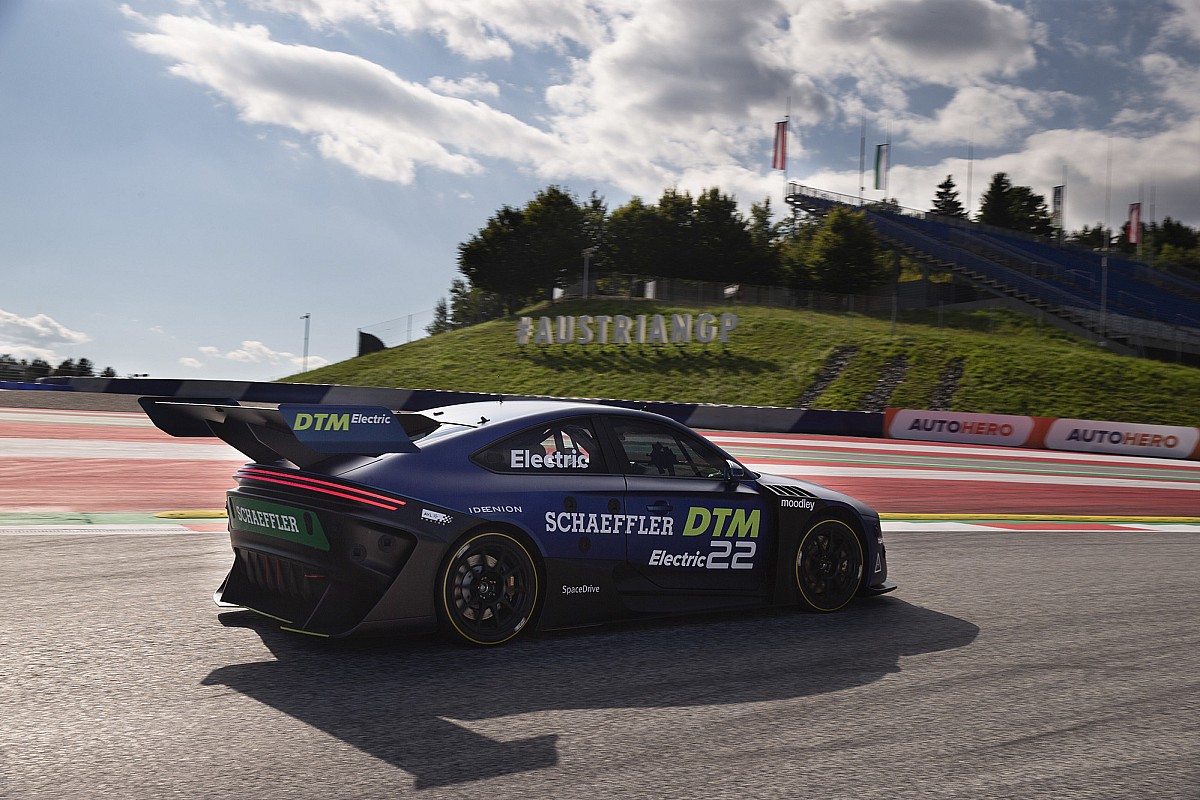 For this purpose, the championship equipped the under-development car with Schaeffler’s drive-by-wire system, which eliminated the need for a physical connection between the steering column and the transmission. Instead electric impulses were used to guide the wheels thanks to a direct channel established between the car and AVL’s facility in the Styrian capital.

Changes were also made to the simulator used for the duration of the run for improved driving dynamics, ensuring Heinemann was able to get a realistic picture of the track ahead of him.

“Likewise, a microphone reproduced the sound directly from the car on our speakers. In order for Tim to also get a feel for the tyres, we used a model based on vehicle data to simulate the steering torque. It was very important that the seat position, steering wheel and pedals felt as similar as possible to the real vehicle.

“One problem in the final tests before the race was the feel of the brake pedal. It was difficult at first for Tim to do the brake correctly because the pedal felt different in the simulator than in the car. We measured the braking characteristics several times and were able to compensate for the differences in the mechanical systems in the software.”

With the help of its partners Schaeffler and Riedel Communications, the DTM employed a mix of fibre cables and 5G to ensure a stable connection between the simulator and car at all times. Each pedal also came equipped with two sensors, ensuring there was a safety net in case one of them developed a fault.

Connecting the car to the simulator wasn’t an easy task, however, with Spielberg located in a mountainous region of Austria.

“We used two separate fibre optic connections between the AVL location in Graz and the line in Spielberg, as well as a 5G connection,” explained Thaler. “This triple connection was necessary for security reasons in the event that a connection would become unstable or even fail.”

Daniel Kohl, Head of Technical Development Motorsport at Schaeffler, added: “What we need is a good radio network. Of course, that poses certain challenges, firstly, of course, because of the topography [at Spielberg]. And then, of course, we have many other teams. We have the onboards of the cars, all the radios, the military airport. It’s not without its problems to have a stable radio network there.”

One of the most challenging aspects of the demo run was reducing the latency rate, or the delay between the driver hitting the pedals in Graz and the car executing the same command at the Red Bull Ring.

But the DTM was prepared for the worst-possible scenario, with an automatic shutdown mechanism put in place in case there was more than a 0.3s delay in sending signals from Graz and the Red Bull Ring. In this case, the automatic brakes would have applied with “maximum possible deceleration, bringing the car to a quick halt.

Explaining the shutdown system, Kohl said: “That’s where I end up having to think, in any situation: if I lose control here, how much time do I have before the vehicle would hit somewhere? How much braking distance or deceleration do I have in the gravel and on the road? Then I end up in a range of 0.3 to 0.4 seconds, in which I have to switch off the vehicle.”

The DTM Electric car is set to make its next public appearance at the Norisring next month. It was first shown to the world – without the remote-control capabilities – at Hockenheim last year, where the DTM revealed plans for a new series based on the prototype for 2023.