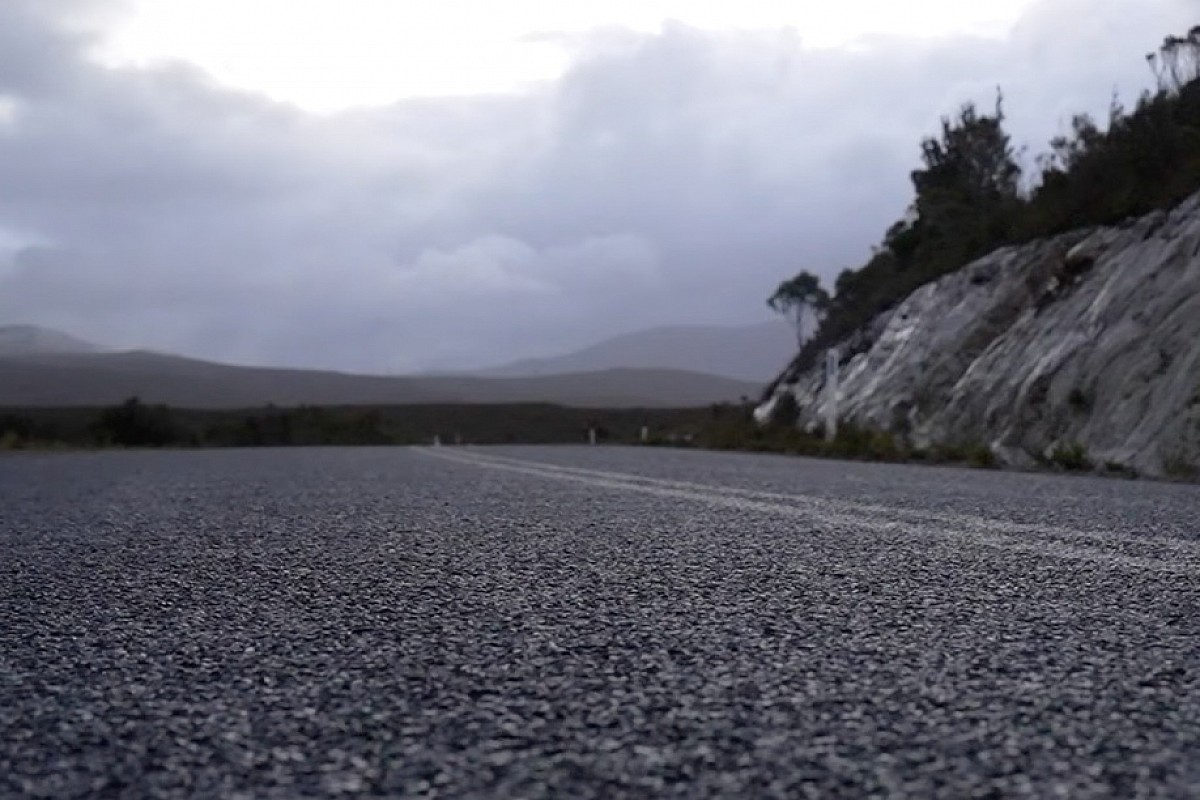 The governing body established an Investigatory Tribunal immediately after this year’s event, with an experienced panel including Garry Connelly, Matt Selley and Neal Bates looking in to the tragic deaths.

Shane Navin, Leigh Mundy and Dennis Neagle were killed in two separate incidents at this year’s running of the long-standing tarmac event in Australia’s south.

The findings of the tribunal were today made public, along with a total of 23 recommendations regarding tarmac rallying.

The Motorsport Australia board has accepted the report and will implement all recommendations by 1 March 1 2022.

The recommendations include limiting terminal speed to 200 km/h and average speed to 132 km/h, avoiding run-off areas with natural hazards such as waterways, a tiered licensing system and avoiding re-using stages each year to limit complacency.

“I want to thank the team at Targa Australia for their contribution and co-operation for the duration of the investigation. Motorsport Australia and Targa Australia have a strong relationship and we look forward to continuing to work together.

“I am pleased to say that Motorsport Australia has committed to implementing all 23 recommendations by 1 March 2022.

“The Report has been provided to the Tasmanian Coroner, Tasmania Police and other key stakeholders.”

The 23 recommendations are as follows:

1. That the organisers, when designing the route, avoid wherever possible, sections of road where speeds of 200 km/h or more can be achieved. Where this is not possible, some form of speed limiting system or device should be utilised.

2. That artificial speed reduction methods such as chicanes (physical and virtual) and restricted time or restricted speed zones, not be used solely as a means of artificially reducing the average speed of a Targa stage.

3. That no Targa stage should be permitted to have an average speed exceeding 132 km/h. Should a stage average exceed this maximum the stage must not be used without modification acceptable to the safety assessor, in a following year.

4. That without exception, the organisers implement restricted time zones prior to any potential hazard (crest/jump, dip) which could potentially cause a car to reach its suspension limits.

5. That the organisers dispense with the concept of running a route each year which closely replicates that of previous editions, instead designing a route which has variants in both stage and itinerary design.

6. That the organisers revisit each day’s scheduling to increase the time allowed on transport stages and to also allow for sufficient time for crews to take refreshments, plus time to carry out appropriate checks on their vehicles, whilst avoiding where possible, making the duration of each day, and the event in general, any longer

7. That in designing the route, the organisers should attempt to identify any major hazards that are located in potential run-off areas. These would include ravines, lakes, dams and water courses, and buildings such as those in the car 627 incident. In each case the organisers should conduct a Targeted Risk Assessment to determine the likelihood of a loss of control, and the consequences of same.

8. That the organisers embark on a significant pre-entry educational campaign informing potential competitors of the risks involved with the entry of some types of vehicles or types of suspension set-ups.

9. That the organisers in conjunction with Motorsport Australia, investigate the development and implementation of a system where vehicle set-ups can be independently assessed for suitability, well prior to an event and that a written report be provided with recommendations where necessary.

10. That the regulations for tarmac rallying be amended to permit entrants in Targa Tasmania to use an additional four ‘wet weather tyres’, as defined by Motorsport Australia.

11. That the Organisers and Motorsport Australia, through its Australian Rally Commission and National Medical Committee, develop a tiered licensing system for tarmac rallying, that takes into account the very high-performance vehicles that are eligible to compete in such rallies and which considers and assesses a driver’s experience, ability to drive such a car, and physical state to manage the demands of driving such a vehicle in tarmac rally competition.

12. That the National Medical Committee of Motorsport Australia, working with the FIA Head of Medical and Rescue, investigate the appropriateness or otherwise, of drivers in tarmac rallying being assessed prior to being granted a license to compete.

13. That the Chief Medical Officer (and/or, if the position is created the Medical Delegate) have access to the medication report submitted by each crew member to the organisers, and that this be supplemented with an allergy report.

14. That the organisers in conjunction with Motorsport Australia, prepare series of short video educational tools, with the ability to track who has watched them, to assist in the preparation for, and awareness of the risk of competing in, tarmac rallies. These videos should come in modules focused on the challenges of events like Targa Tasmania, personal and vehicle preparation (see also Recommendation 8), writing and interpreting pace notes, operation of the RallySafe System, seeking assistance after a crash etc.

15. That a standard “signal” be agreed upon by the organisers and Motorsport Australia, which a driver, co-driver or official can use to indicate to following competing cars, that urgent rescue or medical assistance is required.

16. That Motorsport Australia, on advice from the Australian Rally Commission, restructure the process for pre-event checking of each tarmac rally, with a division of responsibilities between an Administrative Checker and a Safety Assessor. The Administrative Checker would be responsible for most of the activities currently performed by the Event Checker. The Safety Assessor, who would be an experienced tarmac rally driver, would, well in advance of the release of the route each year, drive every stage and assess suitability of a stage from a speed, hazard and safety of crews, officials and general public perspective. Risk mitigation procedures or initiatives would be determined by the Safety Assessor. Both the Administrative Checker and Safety Assessor would be responsible to Motorsport Australia and not to the event Organisers. A position description including roles and responsibilities should be drafted for each of the above.

17. That the creation of the positions of Safety Delegate and Medical Delegate be considered by the Australian Rally Commission of Motorsport Australia, for appointment to each tarmac rally. These two positions would have oversight responsibility ‘on event’ and would be responsible to Motorsport Australia. The Safety Delegate would have power to downgrade or cancel a stage. The Medical Delegate would have the responsibility to approve the event medical and rescue plan. A position description including roles and responsibilities should be drafted for each of the above.

18. That the organisers, Motorsport Australia, rally organisers in general and RallySafe work together to create an effective (preferably video-based) educational tool to ensure that every crew member in a car equipped with RallySafe fully understands its operation and the processes to be employed in the event of an incident.

19. That the Organisers, Motorsport Australia, Rally Organisers in general and RallySafe work together to create an effective (preferably video-based) educational tool to ensure that every official, particularly those involved in incident management both in the field and at Rally Command, fully understands its operation and the processes to be employed in the event of an incident.

20. That Motorsport Australia ensures organisers enforce the requirements of Article 13.5 (e) of the Motorsport Australia Tarmac Rally Standing Regulations viz: “Each crew that is using Safety Notes must declare that they have conducted as a minimum a single reconnaissance of each Targa Stage in the event.”

21. That Targa Tasmania conduct a thorough review of its communications network and implement, by the 2022 Event, an effective and efficient communications network which comprises at least the following:
A) Radio communications between Rally Command and each start and finish of each stage, plus each medical intervention vehicle and course car, in the field;
B) Internal stage communication to ensure that every start, finish and SOS radio point can communicate with each other;
C) A system that enables the manual positive tracking of cars within each stage to be replicated at Rally Command.

22. That the organisers implement a positive car tracking system to be approved by Motorsport Australia and that consistent with Recommendation 21, this system be replicated at Rally Command. Further, that cars be positively tracked at each SOS point which as a general guideline, should be no more than 10 kms apart. Medical intervention vehicles should be stationed generally no more than 15kms apart however because the stages are generally fast, this could be extended to 20 kms.

23. That the organisers document precisely, the procedure to be followed within Rally Command, in the event of a suspected missing car, as identified either through the RallySafe System or through positive car tracking system. This procedure should, in particular, take into account the case where it can reasonably be suspected that a car is missing and no “OK” report has been received, that a medical intervention vehicle can and should be dispatched immediately.