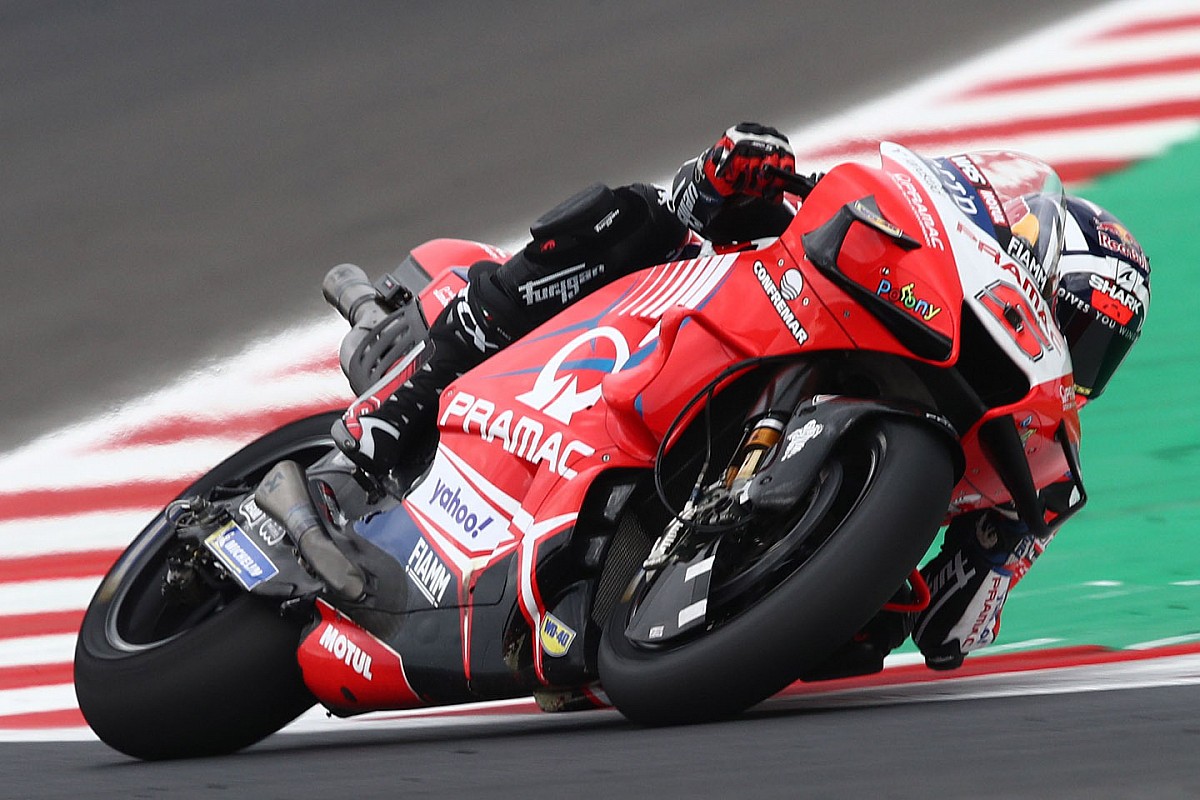 A sudden downpour just ahead of the second 45-minute practice for the MotoGP class on Friday left the Misano circuit saturated and would ensure Maverick Vinales would end the day fastest of all courtesy of his FP1 time.

With the weather forecast unsettled for the whole weekend, the track was quickly populated when pitlane opened at the start of FP2.

Wet weather specialist Iker Lecuona set the early pace on his Tech3 KTM with a 1m50.567s, and would continue to make appearances at the head of the field.

The Spanish rider’s session came to a crunching early halt with just over 12 minutes to go, however, when he highsided at Turn 1 and whacked down on the tarmac heavily – Lecuona limping away gingerly from the scene.

Across the session top spot changed hands frequently as the riders grew more accustomed to the wet conditions.

With just under 20 minutes to go Ducati’s Jack Miller had worked his way to the top of the order with a 1m42.885s.

This lap stood until the closing five minutes when team-mate Francesco Bagnaia moved to the top of the order with a 1m42.858s.

The Aragon GP winner then improved to a 1m42.657s, but it wouldn’t keep him top of the pile as Zarco found pace late on to end the session fastest of all with a 1m42.097s.

Bagnaia and Miller ensured it would be a Ducati 1-2-3 at the end of FP2, with Suzuki’s Joan Mir heading Marc Marquez on the Honda behind. 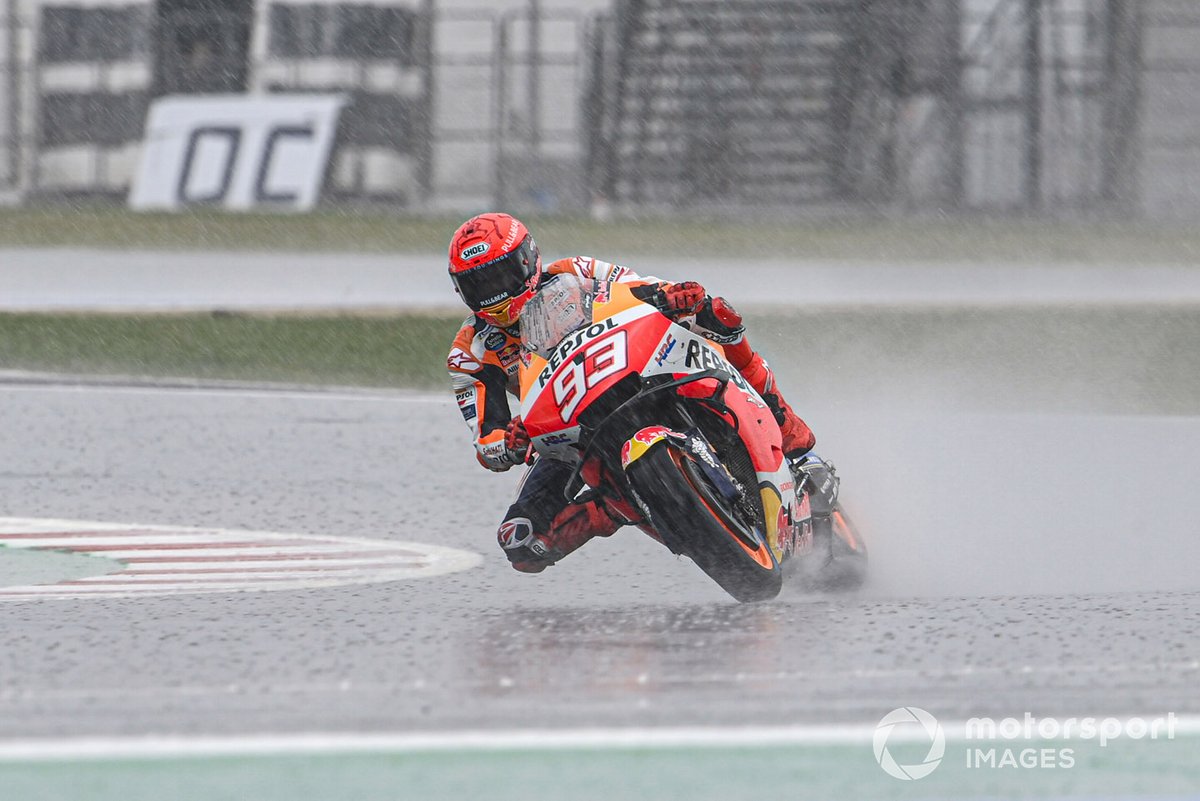 Aprilia’s Aleix Espargaro was eighth with a 1m43.629s, with Lecuona holding onto ninth despite his late crash, and Alex Marquez rounding out the top 10 on his LCR Honda.

Franco Morbidelli ended the session as top Yamaha runner in 13th with a 1m43.844s as he continues his adaptation to the factory Yamaha, while team-mate Quartararo’s rain struggles continued.

The French rider has admitted at various points this year that the M1 lacks pace in wet conditions, and those issues are persisting at Misano where Quartararo was 2.1s off the pace in 18th behind former team-mate Maverick Vinales on his first wet appearance on the Aprilia.

Andrea Dovizioso was not far off Quartararo in 21st as he completed his first wet session on the Petronas SRT Yamaha, while KTM’s Brad Binder and the Honda of Pol Espargaro were similarly low-key in 20th and 19th respectively.