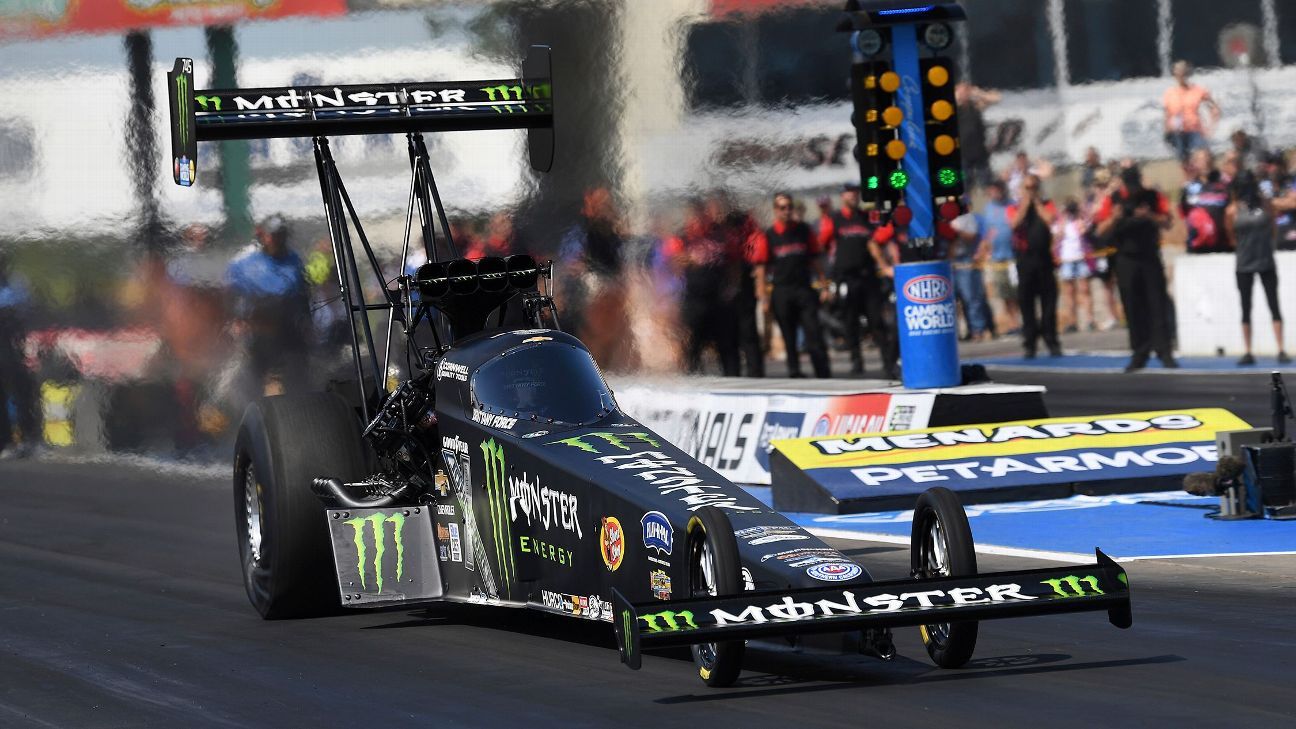 CONCORD, N.C. — – The father-daughter duo of John and Brittany Force topped the first round of qualifying Friday night in the NHRA Carolina Nationals at zMAX Dragway.

Brittany Force matched her Top Fuel track record set this year with a run of 3.662-seconds at 331.85 mph in her dragster. She’s chasing her eighth straight No. 1 qualifier and 10th of the season.

“It always feels good to come out and run No. 1 and right now it’s about gaining as many bonus points as we can,” Brittany Force said. “(Crew chief) David Grubnic set our number and we actually stepped up on it. It’s pretty impressive for our team. There’s a lot on the line and we want to win, but right now we’re focusing on one weekend at a time and run at a time.”

Aaron Stanfield led in Pro Stock, and Steve Johnson topped the Pro Stock Motorcycle field in the second race of the Countdown to the Championship playoffs.