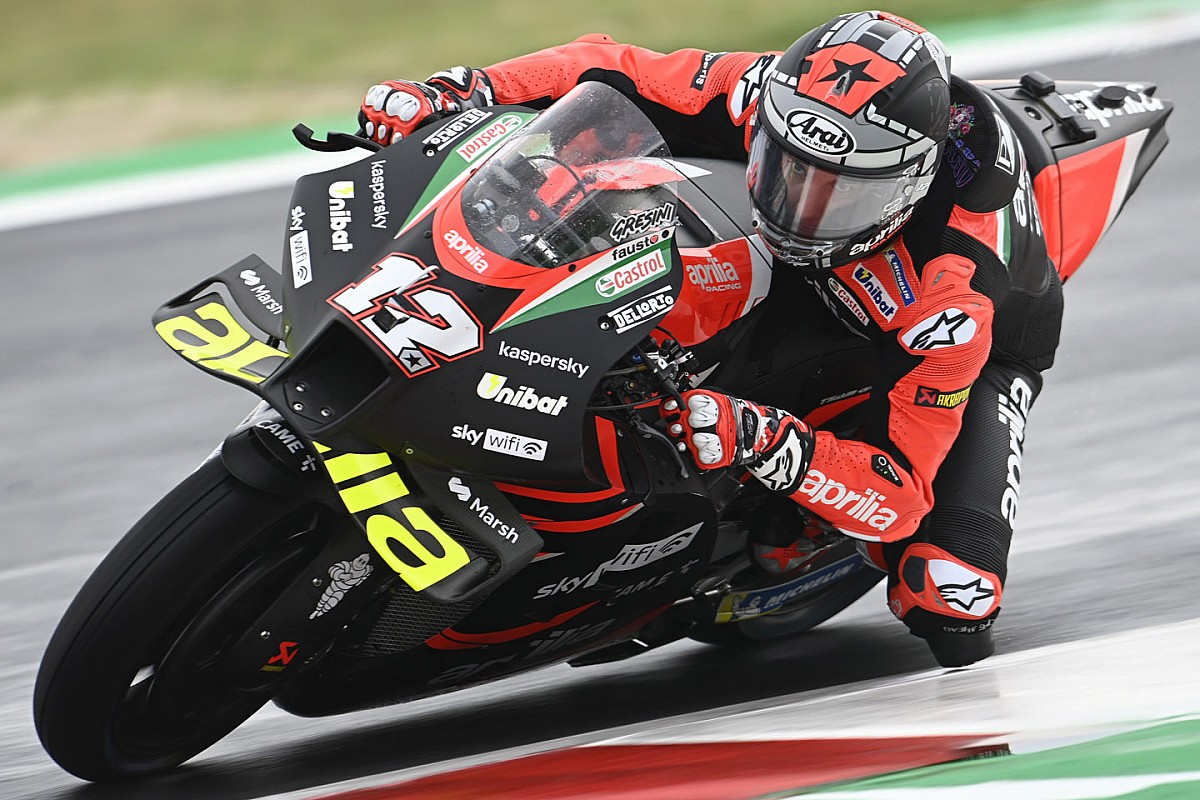 Having made his official MotoGP debut with Aprilia last weekend at Aragon, Vinales returns to a circuit in Misano where he already has some knowledge of the bike – having completed a two-day test at the track ahead of his Aragon bow.

Vinales was quick from the off in the rain-hit FP1 and ultimately set the best dry time of the day after a deluge struck the closing stages of FP1 and the entirety of FP2.

The FP2 session also gave Vinales a chance to evaluate the RS-GP in wet conditions for the first time and revealed he got “good feedback” from the bike, which “means a lot” to him – having previously struggled in wet conditions on the Yamaha.

“Overall, the feeling has been good, but like in Alcaniz we don’t have any thoughts about position or performance,” Vinales said.

“We know we need to be focused on the feelings, especially on the learning process that we are doing, and to keep learning.

“The team, also the team with myself. So, we need to keep understanding many things, but it’s good to be in front, this is clear.

“It makes you feel much more calm, much more comfortable because you feel you have the speed. But whatever it takes right now, we have to keep a lot of calm and build up a solid step.

“This is what we are trying to do and the most important thing today was I tried the bike on the wet, which on the test I just did one lap because there was too much water.

“But it feels like a really good potential, so it was good. It was very nice, because I had good feedback from the bike and this means a lot.”

One of the key areas Vinales felt he had to improve after the Aragon weekend was corner-entry, given the behaviour of the V4-powered Aprilia is much different to that of the inline-four-powered Yamaha into the turns.

Having been able to immediately lap faster than he did at the Misano test, Vinales feels his corner-entry has greatly improved.

“Yeah, I felt much more so, but I think Alcaniz was a little bit everything,” he added when asked if he felt better on corner-entry at Misano on Friday.

“First race, first milage on a race weekend on a track that is pretty difficult.

“And then here in Misano, we’ve had a few laps, I understand much more and straight away I’m faster than in the test.

“So, it means we did that, and we made a step forward. This, for me, is the positive point of today.”