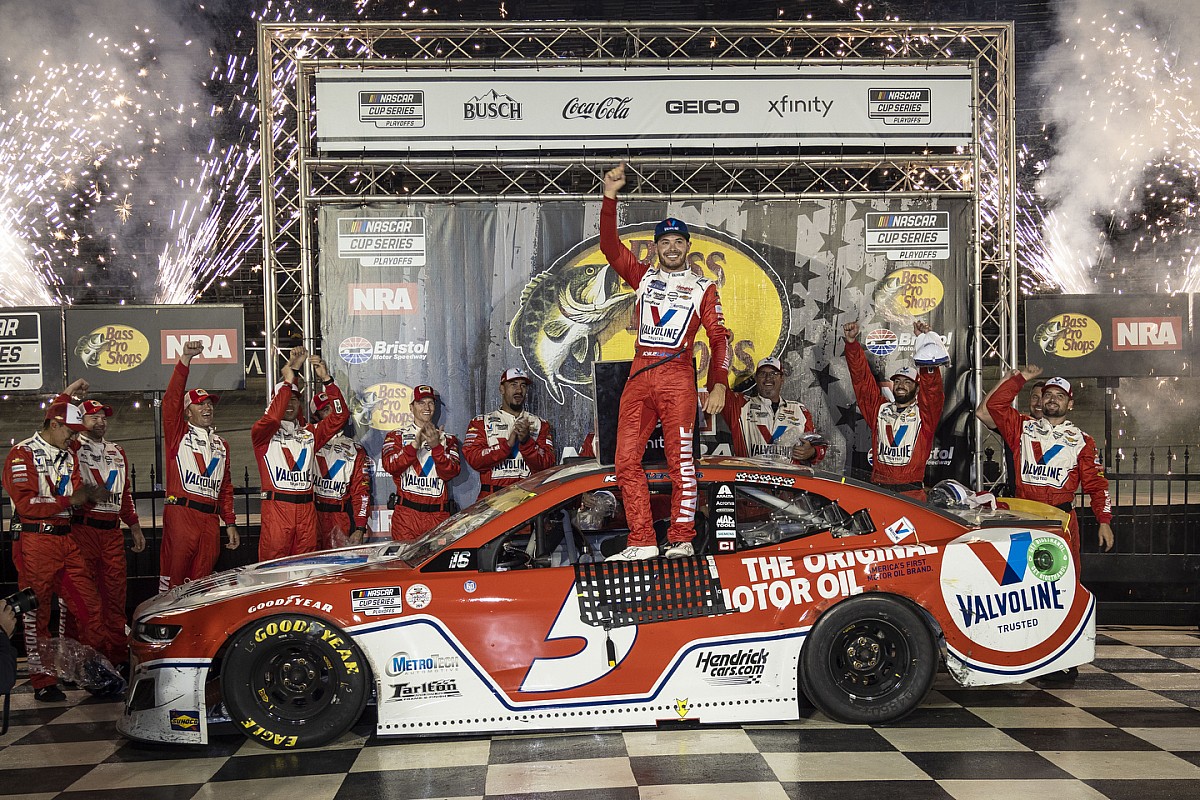 With Elliott a lap down but still upset over contact with Harvick earlier in the race, he repeatedly blocked Harvick – the race leader – from getting around him which allowed Larson to close in for a pass for the lead.

Larson finally got around Harvick with three of 500 laps remaining, and after a nudge from Harvick from behind, Larson pulled away to take the win at the Night Race at Bristol Motor Speedway by 0.227 seconds over Harvick.

The win would have ended Harvick’s 35-race winless streak dating back to this race one year ago.

After the race, Harvick and Elliott ended up parked next to each other on pit road. An incensed Harvick, with his helmet on, walked over to confront Elliott, who had already exited his car.

The two engaged in a heated confrontation that included some shoving before they were separated. The two drivers were seen minutes later in a heated discussion in the garage but decided to take their issue inside Elliott’s team hauler rather than play it out in front of the gathering media.

Larson, who had already locked up a spot in the Round of 12 of the Cup Series playoffs, added some playoff points with the victory, his sixth of the season and most of any driver.

“That was an awesome race. It was so cool to be able to race there for the win. Obviously Harvick and Chase got together. Chase was upset. Kind of held him up,” Larson said.

“It got Harvick having to move around and use his tyres up off the bottom. 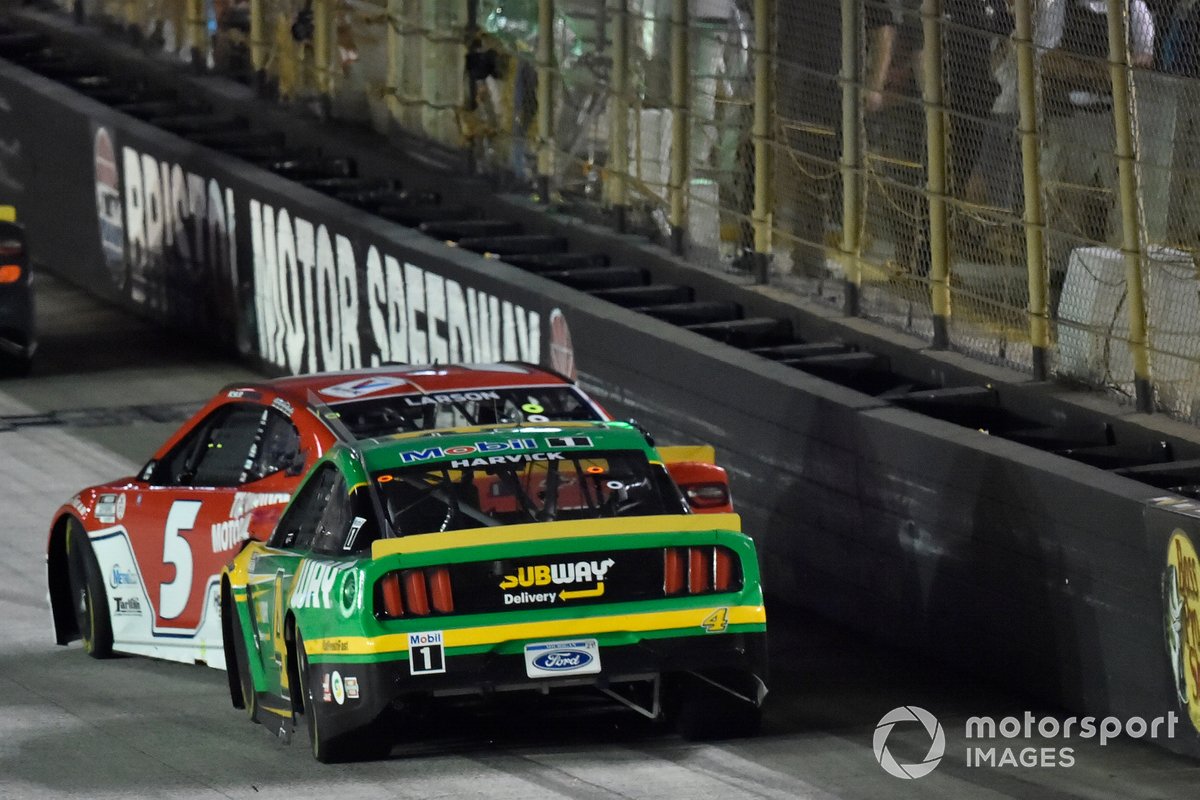 “I started to get some dive-ins working off of (Turn) 2, got a big run, decided to pull the trigger, slide him, squeeze him a little bit. Then he had me jacked up down the frontstretch. It was wild.

“But had my hands full.”

Larson secured the Stage 2 victory, although Harvick assumed the lead after the Hendrick Motorsports driver elected to pit following the end of the second period.

But Larson later reclaimed the lead by passing Harvick on track, and remained in front during the caution brought out by a spinning Quin Houff – something the StarCom driver did once again following the restart.

Although Larson batted both restarts away, along with another as the chasing Denny Hamlin hit the wall at Turn 2 after drifting high, Elliott and Harvick soon passed to duel for the lead.

Harvick finally was able to get around Elliott for the lead on Lap 465 while using lapped traffic to his advantage, but he and Elliott made contact and Elliott was forced to pit shortly afterwards for a flat tyre.

The lapped Elliott then slowed Harvick down, allowing Larson to reclaim the lead and secure victory.

William Byron finished third in the race, Ryan Blaney was fourth and Alex Bowman rounded out the top-five.