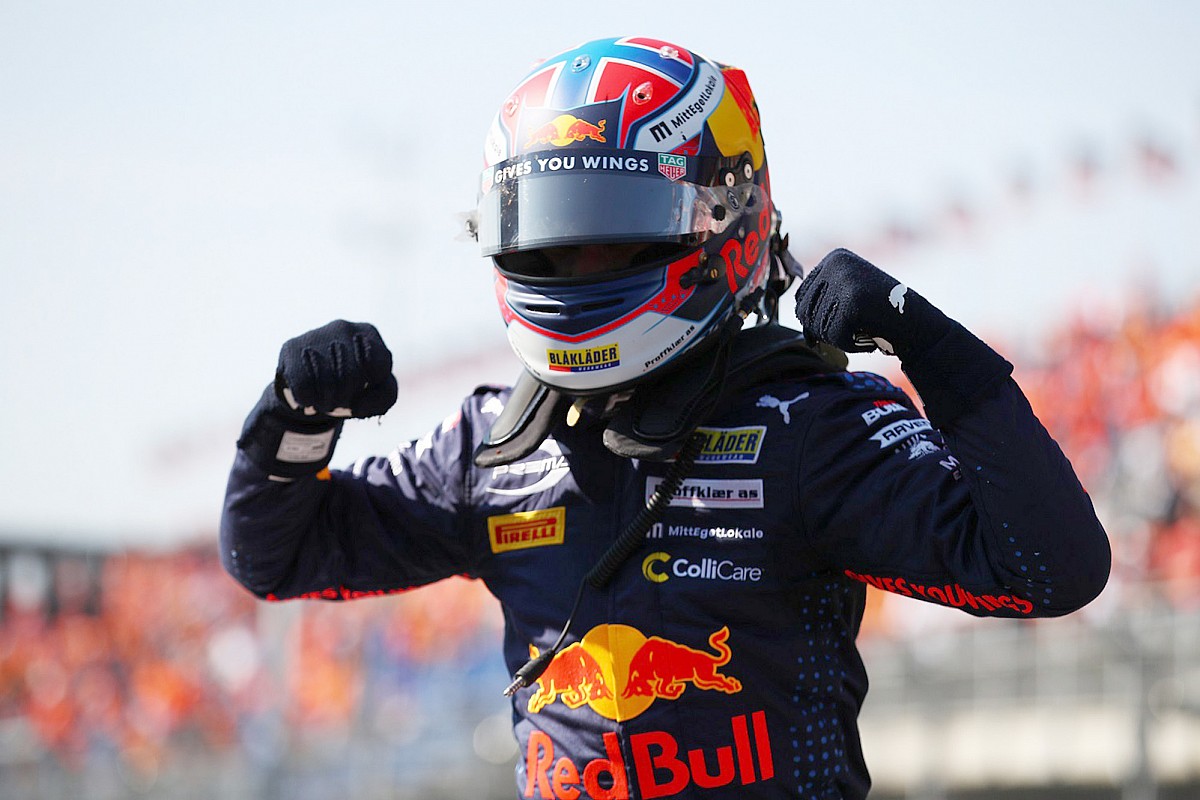 The Prema driver took second place to secure the drivers title after rival Jack Doohan failed to score any points, having fallen backwards at the start, eventually finishing in 15th.

Hauger started in fourth but moved up the field into second, taking far more than the six point advantage needed over Doohan to take the crown at the beginning of the weekend, having entered the final round with a 43-point lead.

Sargeant took his first win of the season for Charouz, while Hauger finished just 0.4 seconds behind him having fought through the field.

Victor Martins finished in third for MP Motorsport, with team-mate Caio Collet in fourth and Clement Novalak in fifth.

There was a chaotic battle for first off the line, with Sargeant snatching the lead from Martins out of Turn 4.

Having started 12th, title contender Doohan dropped to 15th after a big bounce over the Turn 4 sausage kerbs on the first lap, before losing another place and falling to 16th after going wide over a sausage kerb in the middle sector and losing his place to Olli Caldwell (Prema).

HWA Racelab’s Oliver Rasmussen and Laszlo Toth (Campos) were both out within the first few laps after the former suffered contact with Kaylen Frederick of Carlin, with the stewards set to investigate an incident at Turn 7 after the race.

ART’s Alexander Smolyar, who had been racing in sixth, was forced to pit on lap four, losing his position.

By that point, Hauger was right on Hitech driver Jak Crawford’s gearbox, before sweeping into third at Turn 13. 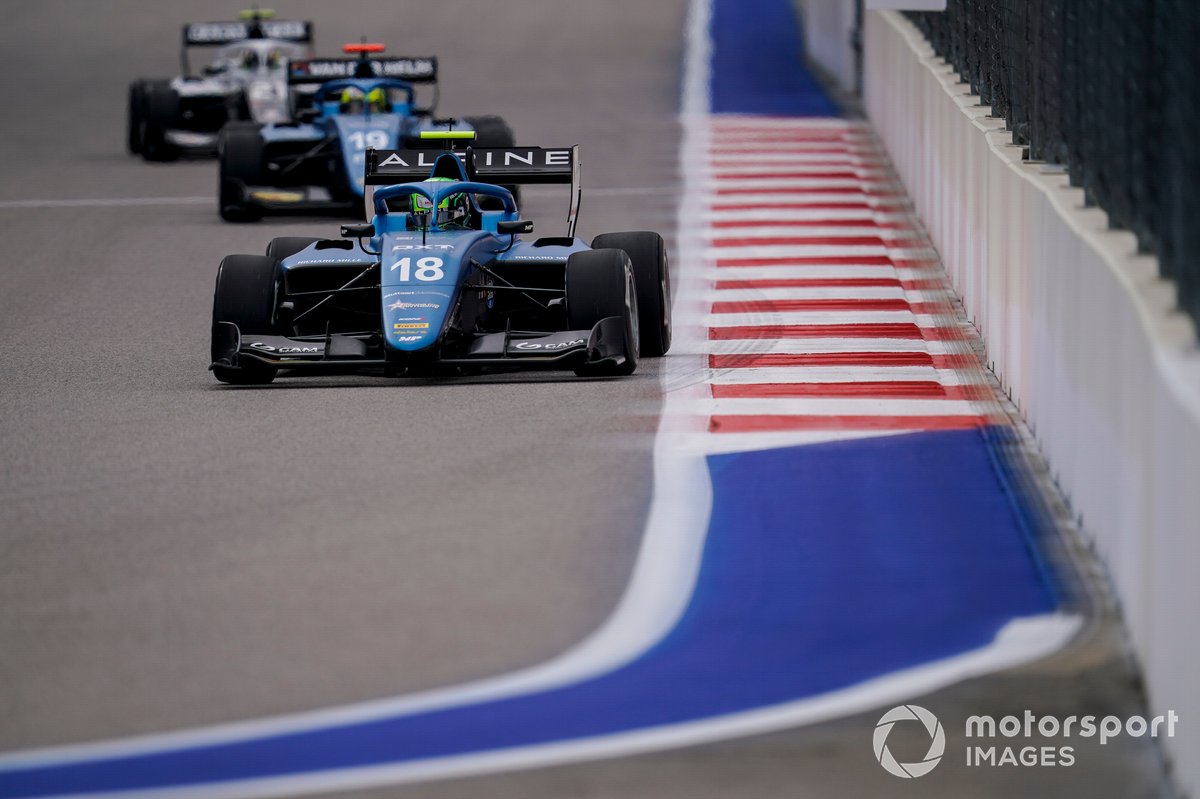 On lap six, Zdanek Chovanec (Charouz) was handed a 10-second stop-and-go penalty for exceeding track limits at Turn 2, having had several warnings.

Collet soon breezed past Crawford for fourth, while further back, Prema’s Arthur Leclerc attempted to pass Vesti for ninth, albeit failing in his courageous attempt. The Monegasque driver eventually took P9 from Vesti at the halfway point, splitting the ARTs.

Moments later, Hauger swept past Martins at Turn 2, taking second place to further cement his championship lead, although the Frenchman stayed close behind him.

By lap 15, Hauger was 2.5s off Sargeant, but was left little breathing room with Martins less than 0.5s behind him.

After racing resumed, Novalak caught Collet unawares on the penultimate lap to snatch fourth after setting the fastest lap, while Hauger had narrowed the gap to the leader to just one second.

Johnathan Hoggard will start on reverse-grid pole for tomorrow’s second sprint race, with Ayumu Iwasa alongside him. Crawford and Correa will start on the second row.