Bagnaia stormed to a maiden victory in MotoGP two weeks ago at Aragon when he beat Honda’s Marc Marquez in a thrilling duel, and added a second to his tally after fending of championship leader Fabio Quartararo at Misano the following week.

This was Ducatis fifth win in 2021, following back-to-back victories for Jack Miller at Jerez and Le Mans, and a famous maiden win for Pramac rookie Jorge Martin in Austria.

As well as its five wins, Ducati has also enjoyed podium success with all of its teams and five out of its six riders, with rookie Enea Bastianini guiding his two-year-old Avintia-run bike to third at Misano.

Only Yamaha has exceeded Ducati’s haul of wins this year with six – though five of those have been at the hands of Fabio Quartararo, with Maverick Vinales securing the other one.

Suzuki is yet to win a grand prix in a difficult title defence season for the reigning riders’ and teams’ champions, a consequence of a GSX-RR package that has developed little from its 2020 predecessor.

Speaking after crashing out fourth place at Misano while trying to chase Bastianini, Rins says he believes Ducati has taken a giant leap forward in 2021 – highlighting how it has been able to improve its traditional weak point of turning.

“For sure I saw the Ducati is five steps more in front,” Rins said. 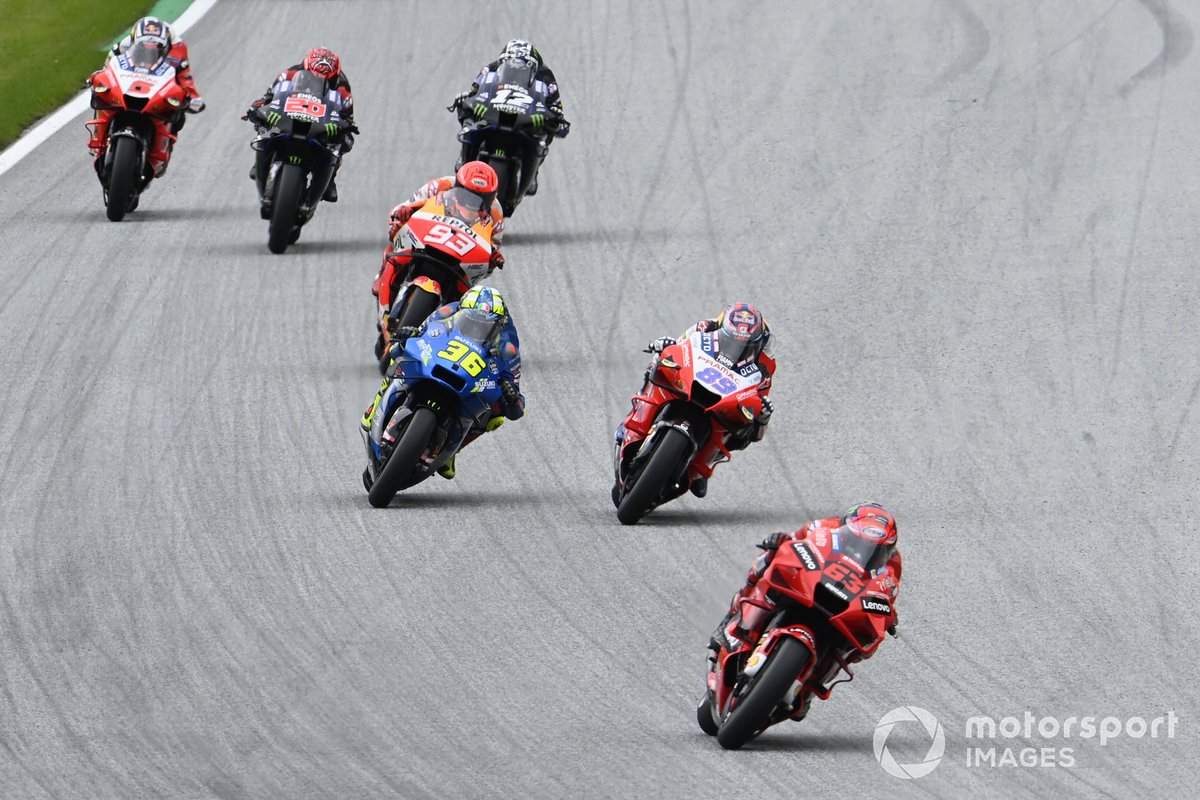 “I mean, they are quite strong. This crash maybe happened because I was trying to maintain the same pace [as Bastianini].

“Joan [Mir] and I, we are trying to give our best with the Suzuki.

“Joan for sure is fighting for the world championship, I have nothing to lose so I tried to be a little bit not aggressive, but going more to the limit.

“Sometimes I pass [the limit] and I crash.

“They are quite better than us. I would like to say in all the races because in the past the Ducati was a bike that only was working good in the stop-and-go tracks.

“Now in almost all the tracks, they are working good.

“In Aragon Pecco did a fantastic race, overtaking Marc, the bike was turning super. Also, this track [Misano] is a very small track and they were able to turn well.”

Team-mate Mir conceded after finishing sixth at Misano that his title chances were all but gone, and expressed that he was “angry” at that fact as he feels he has been riding much better in 2021.