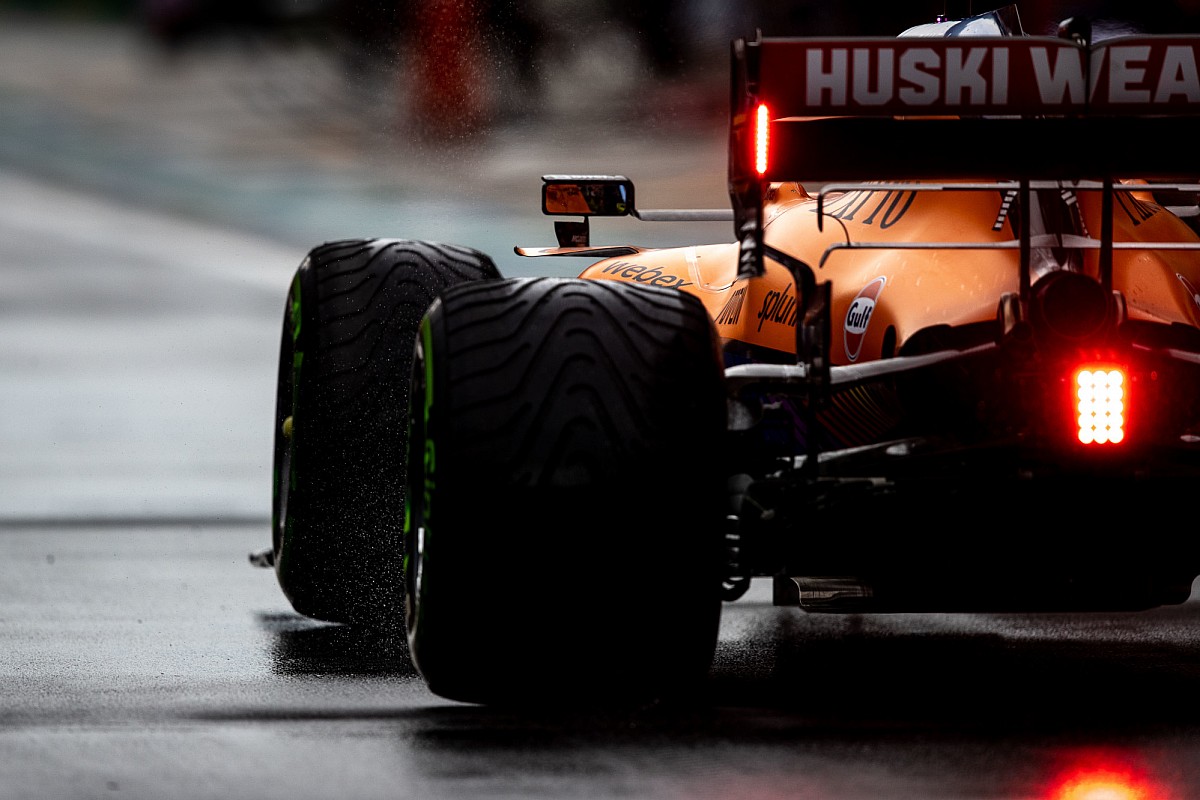 The Brit took his maiden pole as drivers switched to slick tyres on a damp but drying track in the final minutes of Q3 at the Sochi Autodrom.

He managed to beat Ferrari driver Sainz to the top spot, with George Russell putting in another impressive performance at the wheel of his Williams to take third.

Championship challenger Lewis Hamilton missed out on the chance to capitalise on title rival Max Verstappen’s decision to start at the back of the grid following a power unit change, as the seven-time champion hit the wall on the entry to the pitlane.

It meant the Brit couldn’t improve on his earlier time, and he starts from fourth on the grid.

Ariana Bravo is joined by Autosport Grand Prix Editor Alex Kalinauckas for the latest Autosport Podcast to discuss the shock result and what Sunday’s race could have in store.