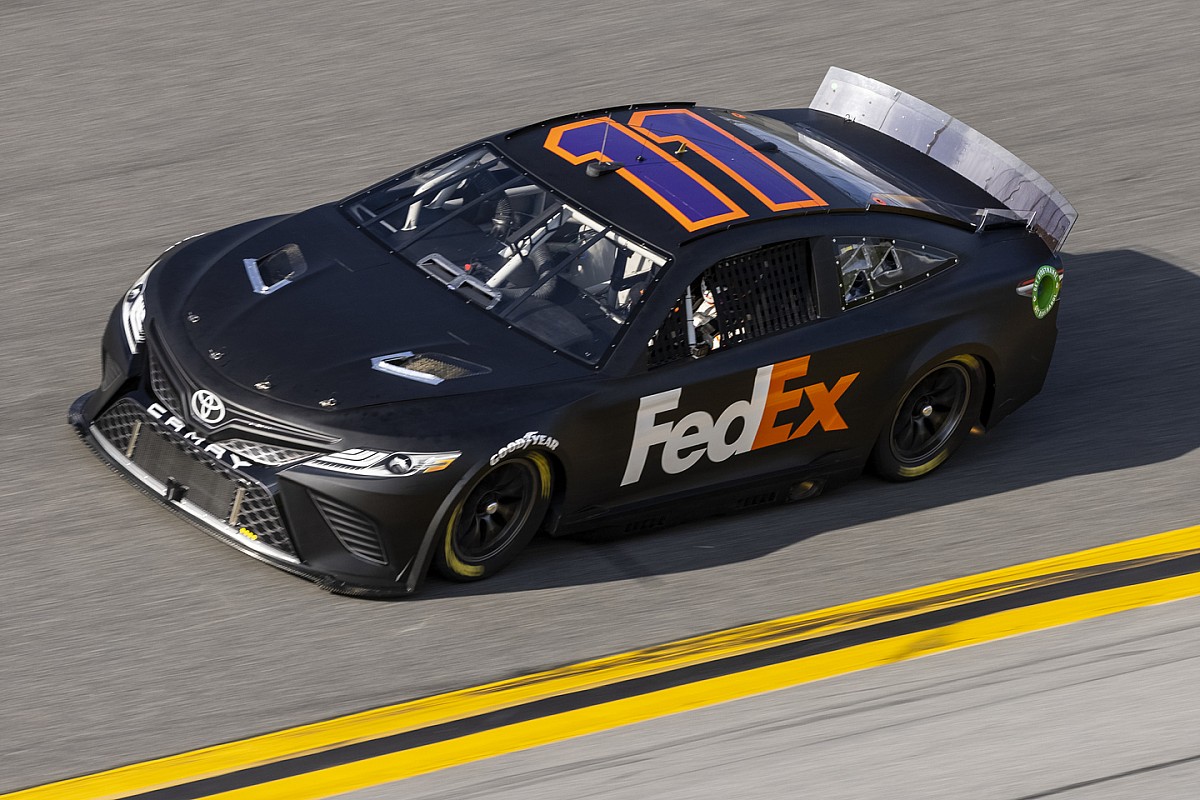 The styling and composition of the Next Gen car’s new common Dallara-made chassis will better replicate the manufacturer identities of their showroom counterparts.

The 18-inch wheels and stylish car bodies will easily distinguish the new iteration of NASCAR stock car from its predecessors, but its updated technology – such as rack and pinion steering and independent rear suspension – will also greatly alter its performance on the track and how teams adjust on them.

However, it was only in a group test at Daytona International Speedway earlier this month – intended to help Goodyear develop a tyre for the 2022 Daytona 500 race week and to gauge speeds in single and multi-car runs – that NASCAR has run more than half-a-dozen of the Next Gen cars on the track at one time.

When asked at Las Vegas Motor Speedway last weekend how comfortable he was with where Toyota teams stood on preparing the new cars for their 2022 debut, Wilson said: “Not comfortable. We have some work to do.

“I’ll qualify that by saying I expected not to be comfortable right now.

“When the schedule was rolled out earlier this year, we all knew it was going to be asking a lot.

“The original schedule had parts being released to teams in the middle of June and I don’t think they got released until a month later. We’re all behind and that’s just a fact.” 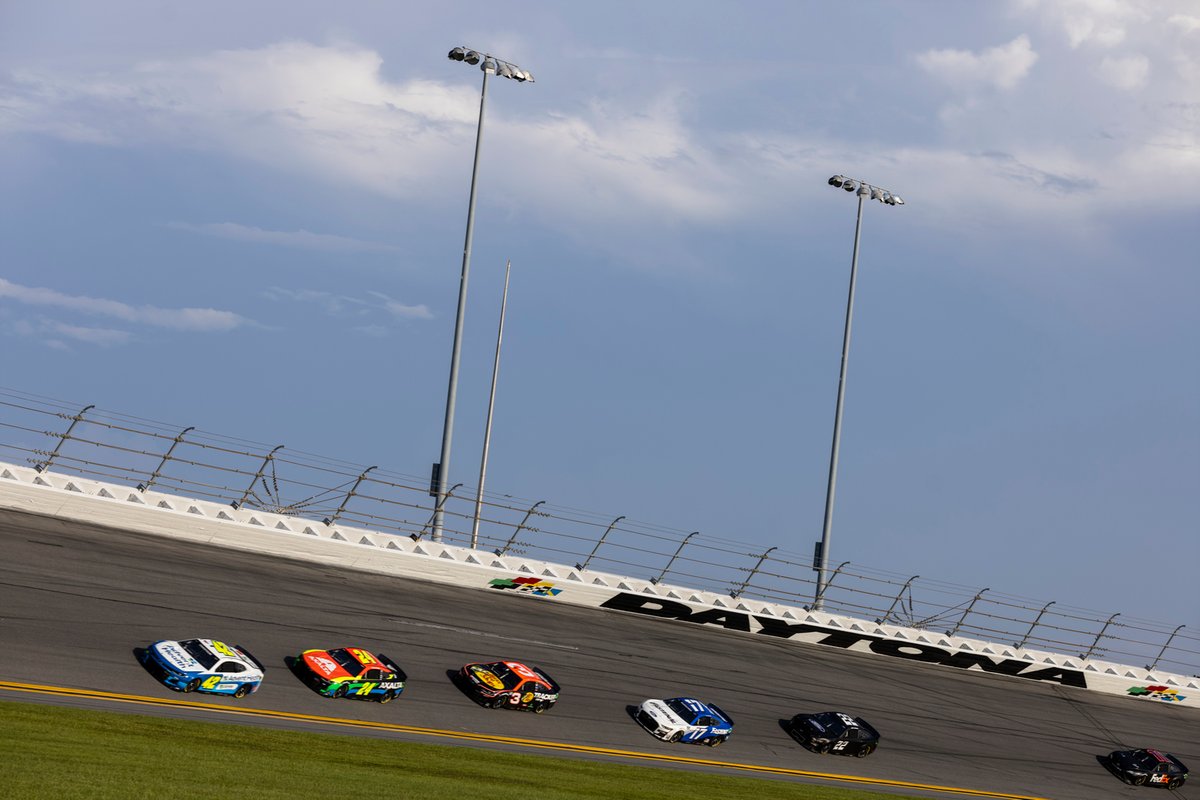 Before the start of the COVID-19 pandemic early last year caused a pause in the season and in the development of the car, the 2021 season was its original planned debut.

Wilson said it’s clear now that was likely never going to be possible.

“One of the silver linings of COVID was it gave us a little breathing room, we would never have made 2021,” he said Wilson.

“This isn’t just an evolution – we’re taking the seat out of the current car and throwing the rest away and we can’t minimise that.

“That’s to be expected, no one should be surprised. That’s just what we’re dealing with.”

There are several more multi-car tests scheduled in the coming months, including on the Charlotte Roval following next month’s Cup playoff race, the Charlotte oval track, a December test at Phoenix and likely a repeat test at Daytona in January with many more cars.

The first “real” on-track competition with the car will come on 6 February next year when upwards of 25 teams will compete in the pre-season Clash exhibition race on a made-from-scratch quarter-mile asphalt track inside the Los Angeles Coliseum.

“Good, bad or otherwise, we don’t have a ‘Plan B’ and as an industry our heads are down and we got to get this car ready to race,” Wilson said. 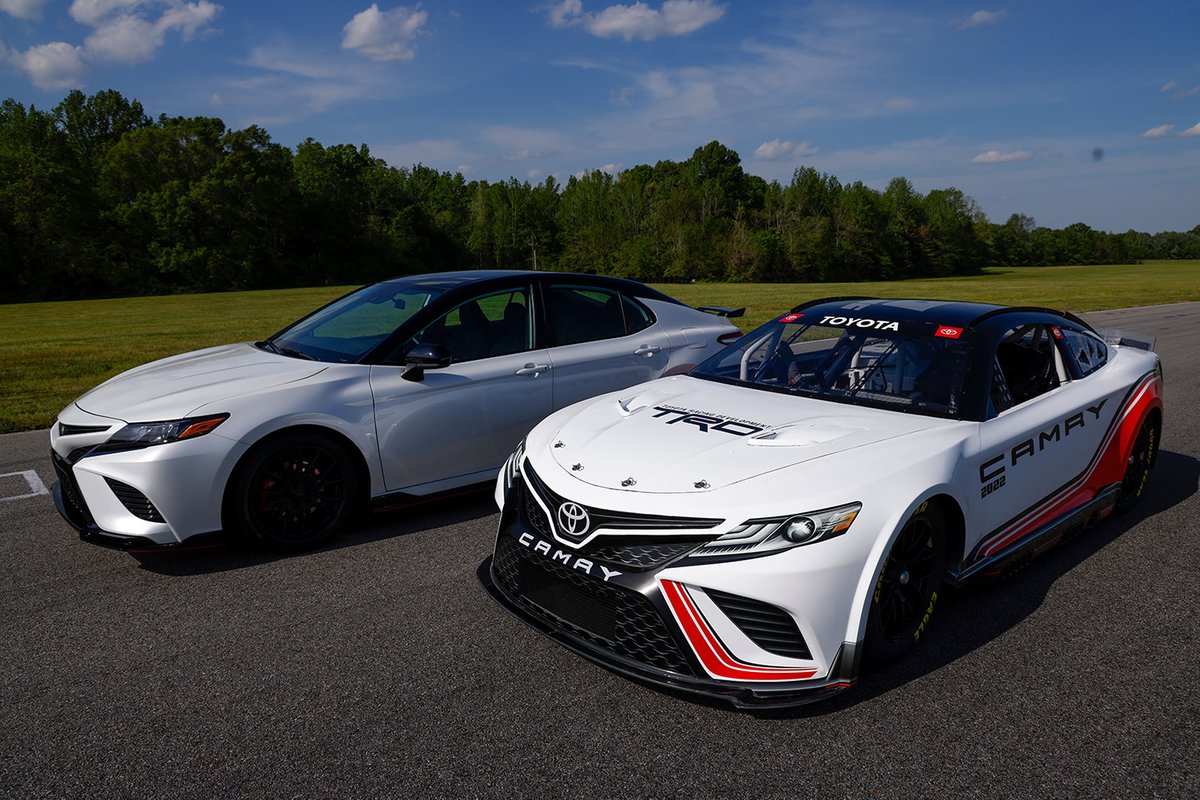 “We’re going onto the biggest stage, being the Daytona 500, so obviously we’re going to have a lot of pressure but it’s also a superspeedway and a track where aerodynamics are extremely important, so we want to make sure aerodynamically the cars can race well together and draft and our drivers are comfortable.”

The remaining tests are critical to the car’s final development, Wilson said, because they have been so few opportunities thus far to test multiple cars on the track at one time.

“We need to see how these cars race together, we only have one data point right now with more than three cars on track,” he said.

“We’ll have multiple cars on track so we’ll see how they respond, how they behave aerodynamically. We’ll be drinking through a firehose still to absorb all of that.

“One of the things we’re balancing as an industry is none of the teams want to build a whole lot of cars right now because, again, this car, we’re still sorting it out. We’re still fixing things.”

NASCAR’s senior vice president for racing innovation, John Probst, said after the Daytona test that NASCAR and the participating teams produced “a list of things to work on” after the two days, including improving in-car cooling.