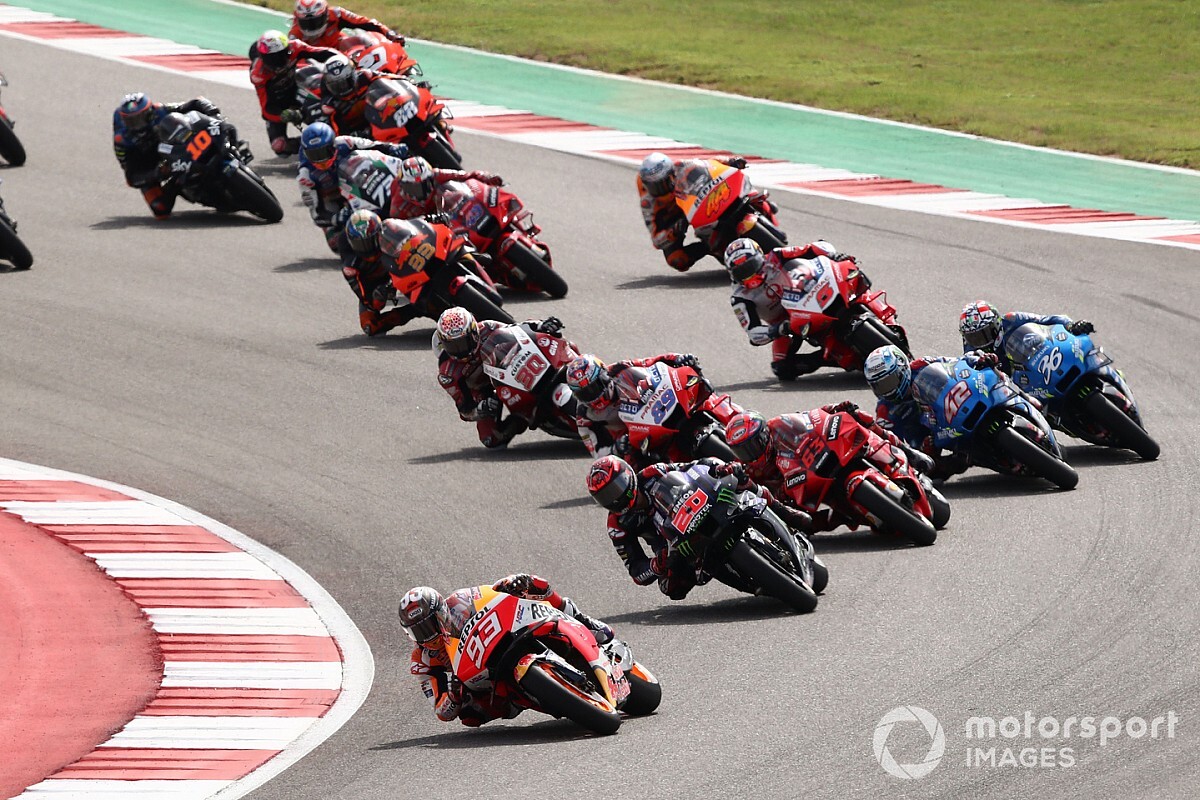 Having ended his six-year Circuit of the Americas victory streak with a crash in 2019, Marquez made amends for this in Sunday’s 2021 edition of the Austin race and led every lap to take a commanding win.

The Honda rider leaped from third to the lead on the run up the hill into the first corner at the start, with Quartararo edging ahead of poleman Francesco Bagnaia.

In the opening laps, Marquez was kept in touch by the chasing Quartararo, while Bagnaia slid backwards to sixth as Alex Rins jumped up from seventh to third on lap one.

By lap six of 20 Marquez began to stretch ahead at the front of the field, his lead opening up to seven tenths and continuing to climb to 1.5s come the following tour.

By now Pramac rookie Jorge Martin was the one chasing Quartararo in third, with the Yamaha rider fending off the Ducati and eventually pulling away from him.

Marquez was over four seconds clear of Quartararo by the time he started his final lap and came under no threat through to the chequered flag.

Quartararo took a comfortable second to strengthen his championship lead and head to the next round at Misano with his first opportunity at wrapping up the 2021 title. 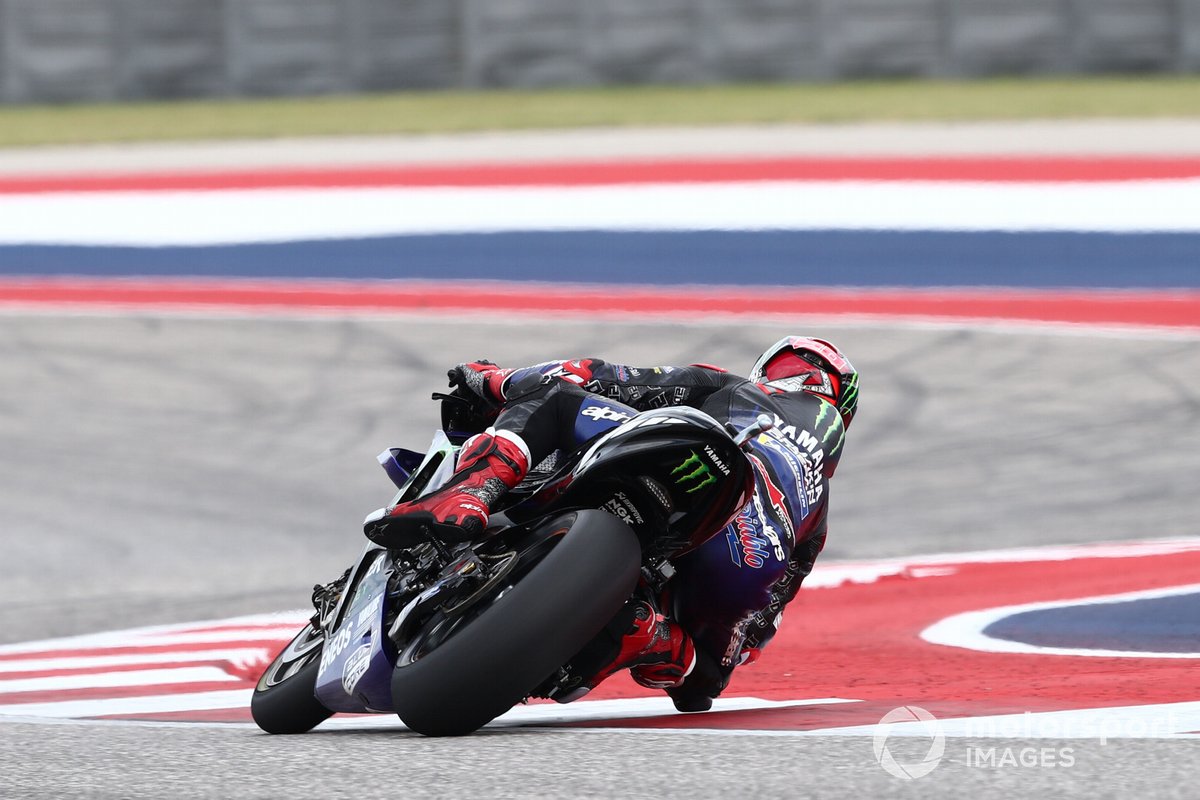 However, his lead has only grown to 52 points after Bagnaia overturned his early struggles to fight back through to the podium places.

After Ducati team-mate Jack Miller allowed him through at Turn 6 on lap 14 for fourth, Bagnaia began to eat into Martin’s gap ahead of him for third.

When the Pramac rider made a mistake through Turn 4 and was forced to shortcut the corner, Bagnaia found himself right on the tail of the rookie.

Though Martin was given a long lap penalty for cutting the track, it proved immaterial as Bagnaia eased through into third at Turn 12 to score his third-successive podium.

Martin served his long lap penalty on the final tour, which allowed Rins to take fourth at the chequered flag ahead of the Pramac rider.

Suzuki’s Mir now officially cannot retain his crown after a difficult race at COTA, the Spaniard finished seventh on track before being demoted one position behind Miller – who couldn’t convert his gamble of being the only rider to run the hard rear tyre.

Mir made contact with Miller into Turn 15 on the final lap, which allowed Bastianini to move into sixth, as Mir’s post-race penalty dropped him to eighth and pushed the Australian rider up to seventh. 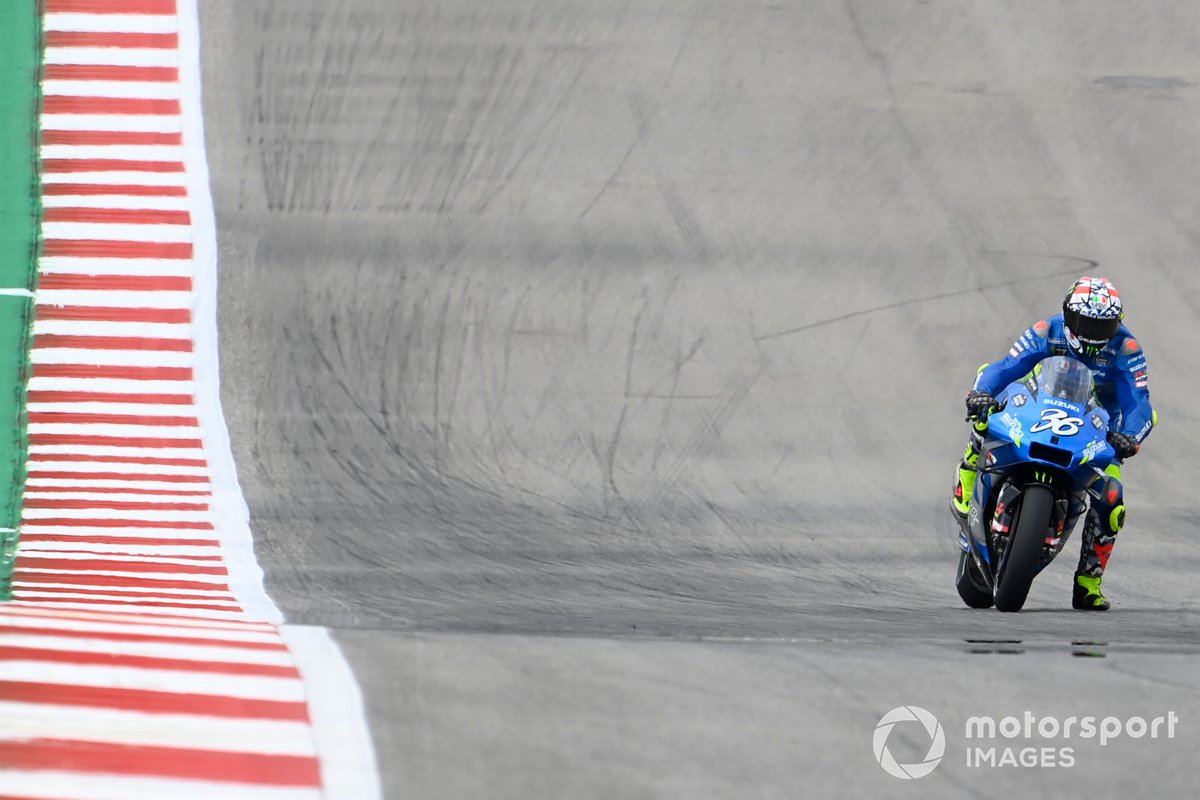 Brad Binder on the factory KTM headed Honda’s Pol Espargaro to round out the top 10, with Miguel Oliveira recovering from 18th to finish 11th on the sister factory team KTM.

Alex Marquez was 12th on the LCR Honda after beating Petronas SRT’s Andrea Dovizioso by 0.564s, with Avintia’s Luca Marini fading from ninth on the grid to 14th at the finish ahead of half-brother Valentino Rossi (SRT).

Tech3’s Iker Lecuona leaves Austin without points in 16th, with Takaaki Nakagami 17th after an early crash on his LCR Honda.

The field was completed by Tech3’s Danilo Petrucci and Yamaha’s Franco Morbidelli, with Aleix Espargaro (Aprilia) and Johann Zarco (Pramac) crashing out.