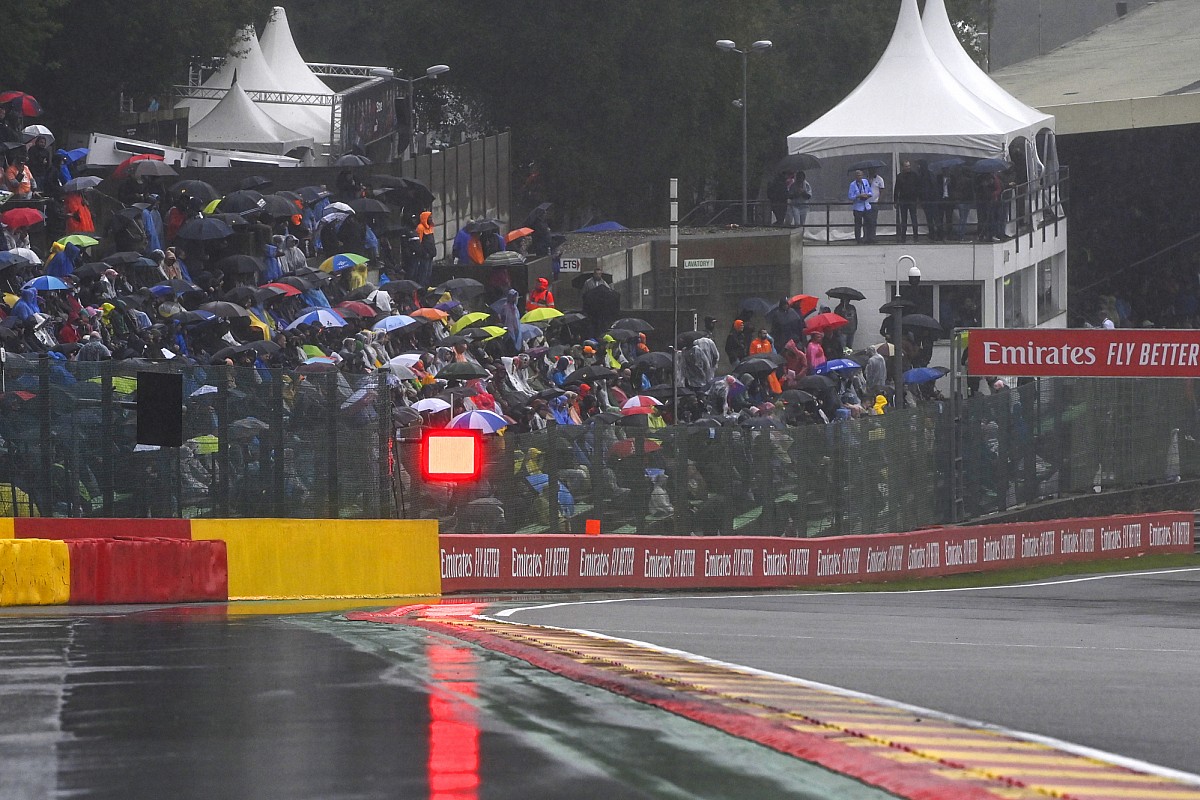 The talks come the wake of the issues faced at Spa, when the Belgian GP was red-flagged without any flying laps being run.

Asked if TV schedules restricted the FIA’s ability to shuffle F1 sessions, Masi said: “It is not so much TV schedule dependent. It is something that we will be discussing in the coming weeks.

“We said following Spa that there are a whole lot of strategic discussions that need to take place between the FIA, F1 and the 10 teams, and that is going to be one of the discussions at the strategy group meeting.

“Those discussions will happen in a proactive manner, so we will have a look at it and see where we get to.”

The first of the Sochi weekend’s three scheduled F3 events was moved forward to late on Friday afternoon after it became clear that Saturday’s activities were under threat from heavy rain.

In that race, Dennis Hauger clinched the 2021 title by finishing second. 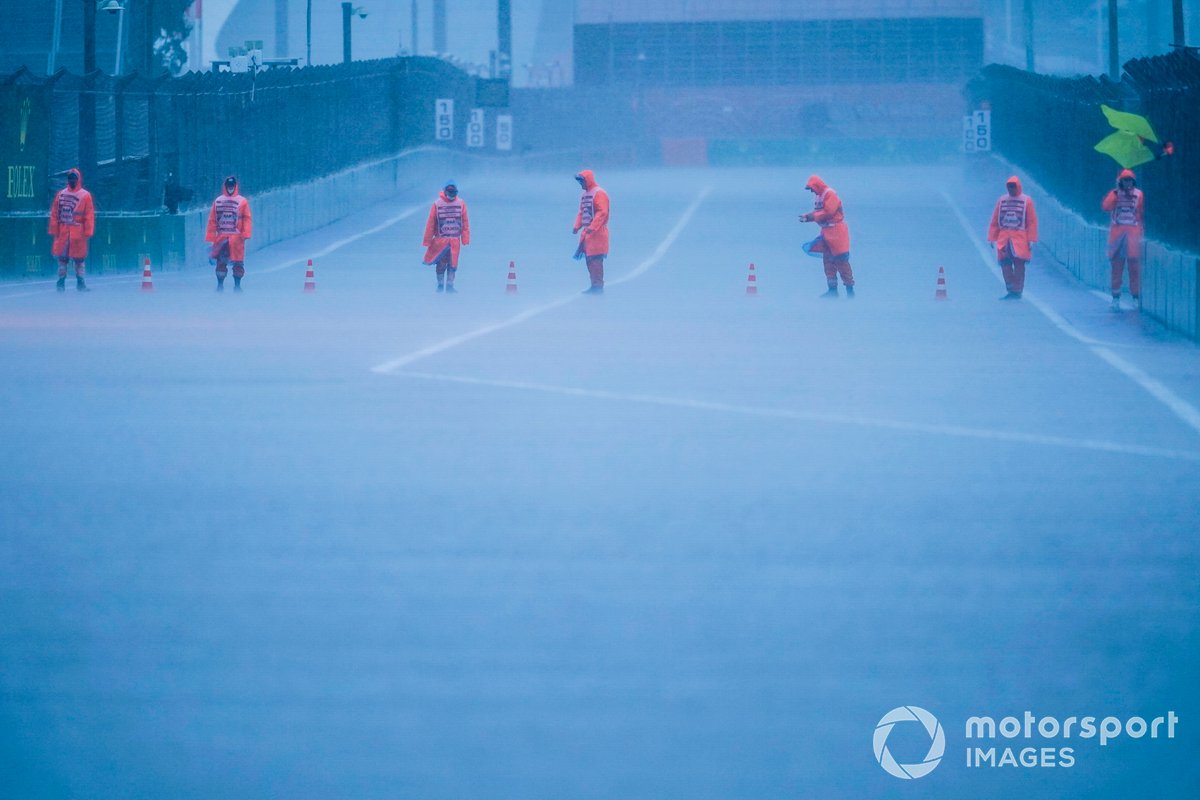 Stewards put out cones on the track as the rain falls

Rain duly impacted Saturday, with F1’s final practice session cancelled, while both F2 and F3 ultimately ran only two of their scheduled three races over the course of the weekend.

Masi denied that moving the F3 was a reaction to events at Spa.

“No, not at all,” he said. “Let’s look at Saturday for what it was. If you look at earlier in the day for those that were here at that time saw that there was a window that looked okay, which is why we brought the F2 cars into pit lane.

“Obviously that diminished, and we’ve always run by the principle on those scenarios which is to go session by session, which is what we did.

“With regards to the F3 are being moved to Friday the conditions looked as they did.

“Probably the overdoing factor in that scenario was that it was the last round of the championship. And we had the ability to fit it into the programme, so you have got to take all of those factors into account. Spa has certainly not come into it.”