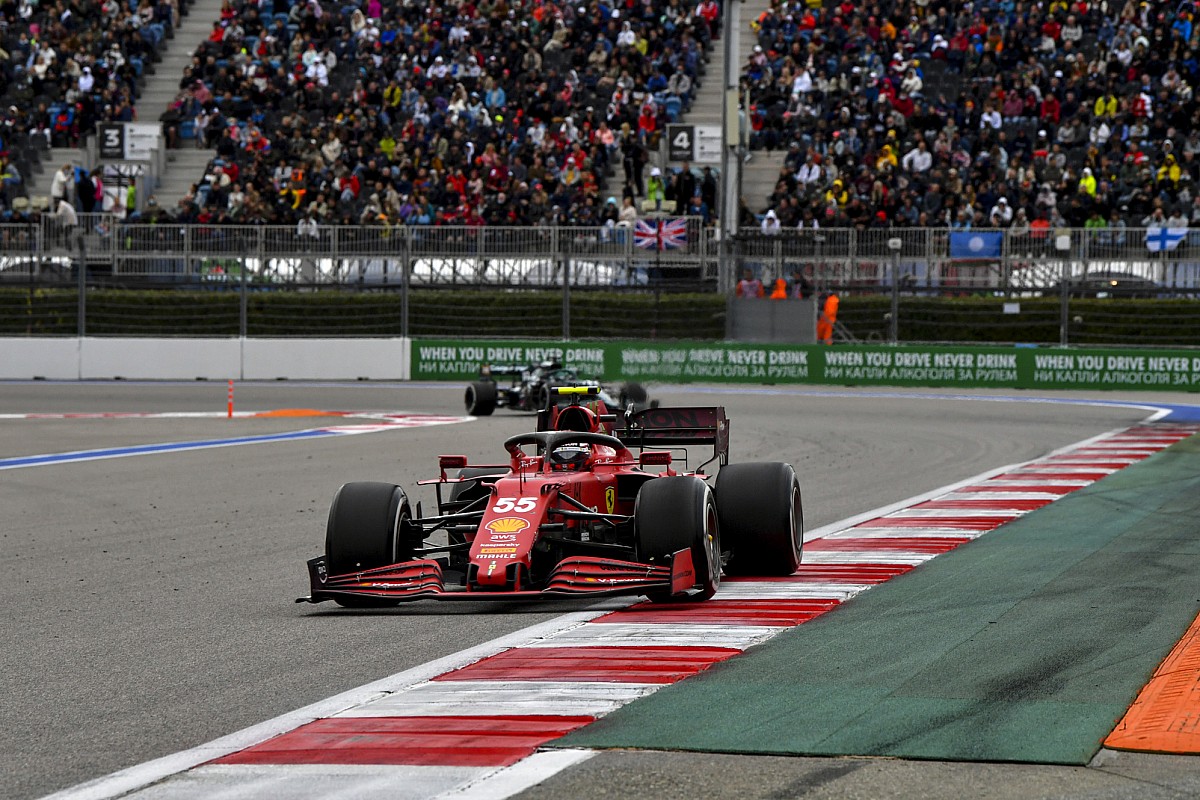 Ferrari debuted an updated hybrid system for its F1 power unit on Charles Leclerc’s car at the Russian GP, with the Monegasque driver duly serving a back of the grid penalty for the Sochi race, while the Italian team confirmed Sainz would receive the upgrade later this season.

In the team’s preview of the Turkish GP, Ferrari announced Sainz would take the same update this weekend – meaning he will pick up a back of the grid penalty as a result of taking on a new power unit.

Ferrari had planned to avoid having both of its drivers start the same race from the back, with Leclerc getting priority due to concerns over his energy store that was damaged in his crash during the start of the Hungarian GP.

“As was the case for Charles Leclerc in Russia, in Turkey Carlos Sainz will take a completely new power unit fitted with the new hybrid system,” the team said in its preview.

“Therefore he will start from the back of the grid with the aim of climbing up the order to try and score some points. 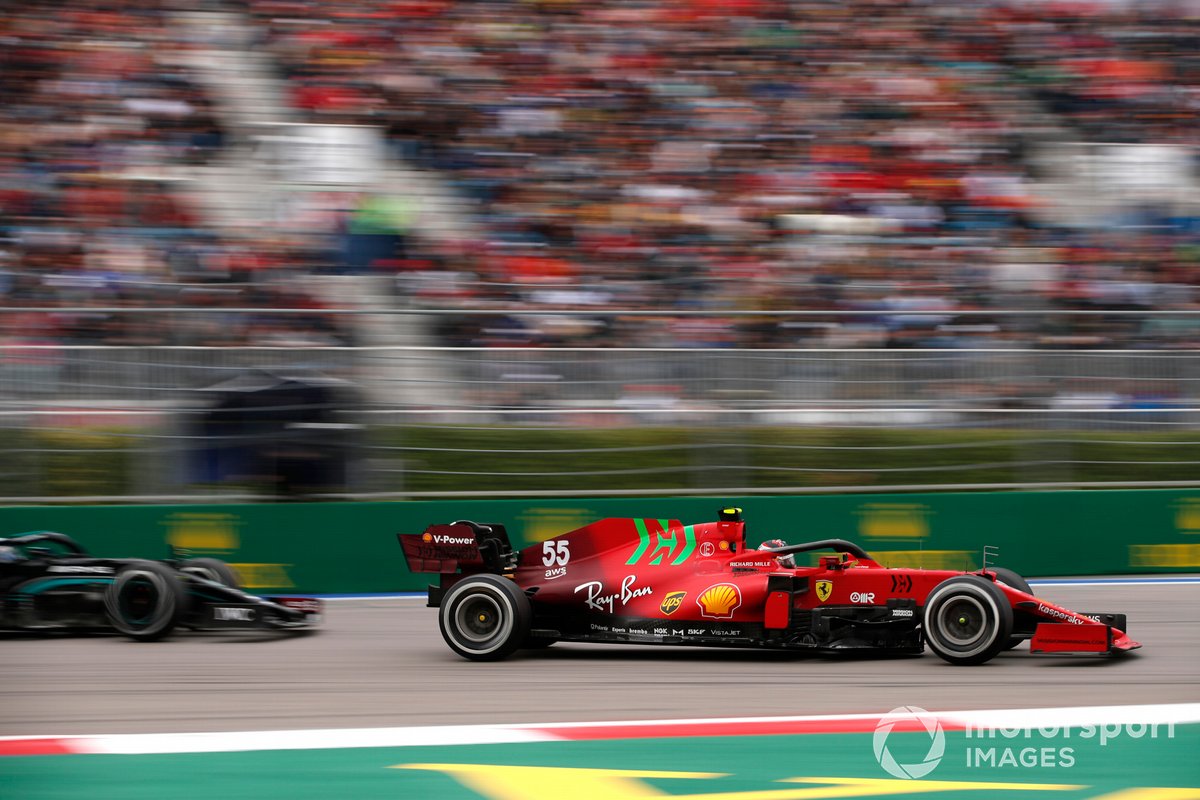 After the Russian GP, where Sainz secured his third podium of the season, Ferrari team principal Mattia Binotto was reluctant to estimate the overall gain the upgrade provided but confirmed it was “a step” in performance with a focus on its 2022 package.

Under current F1 regulations, teams are permitted to make one specification update per year on each of its power unit components.

Ferrari has also confirmed Binotto will not attend the Turkish GP and instead remain in Maranello “to focus on the development of next year’s car”.

Binotto will also follow the race weekend from the team’s factory “with a permanent link to the team at Istanbul Park”, having also missed a handful of F1 races last year using the same set-up.

Ferrari lost further ground to McLaren in the fight for third place in the F1 world constructors’ championship at the Russian GP and now sit 17.5 points off the Woking-based squad.