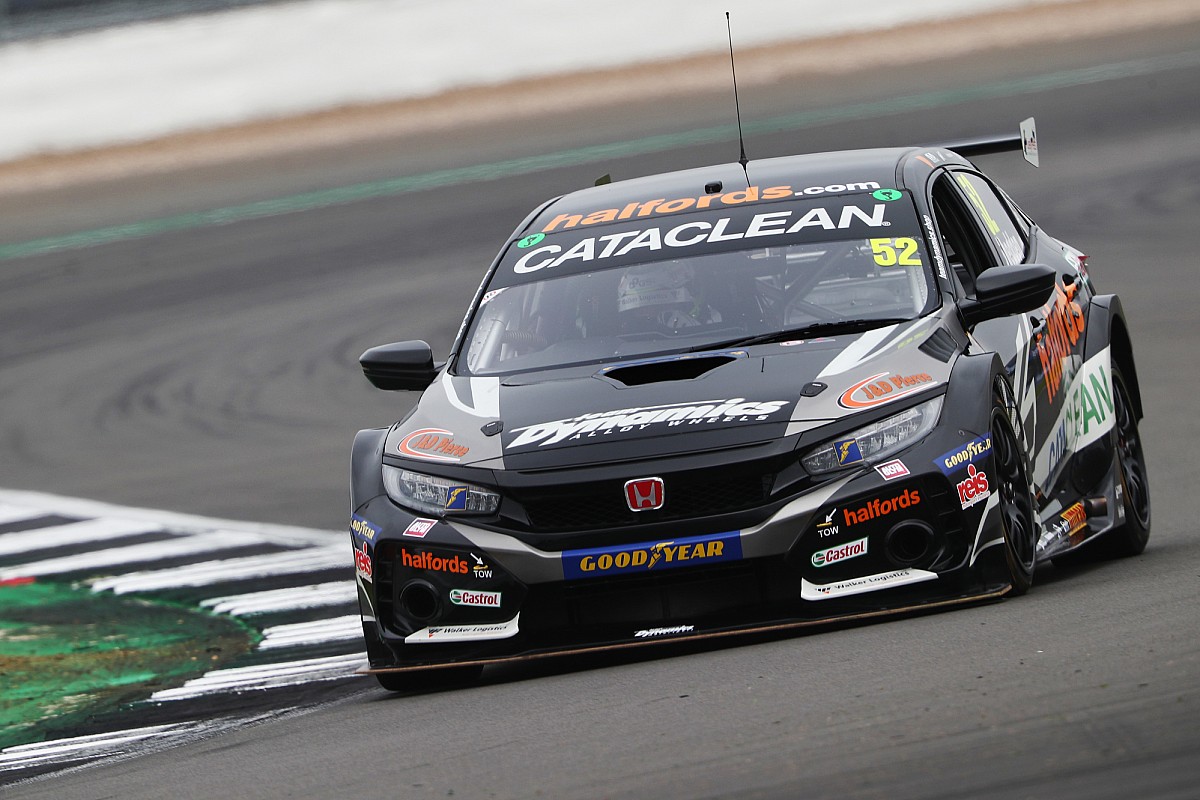 The Scot converted his prime spot on the grid into the lead off the line, and his Team Dynamics Honda Civic Type R was never seriously challenged.

The Yorkshireman never let up in his pursuit of the Honda, which was carrying 21kg of success ballast to the weight-free Vauxhall, and Shedden only managed to eke the gap over one second on the penultimate lap before taking the flag 1.331s in front.

Lloyd’s team-mate Jason Plato started his Astra from third on the grid, but couldn’t convert that on the opening lap.

Rory Butcher went side by side down the Craner Curves with the two-time champion, and completed the move into the Old Hairpin.

Senna Proctor then got a run on Plato around the outside of the following Schwantz Curve to move into fourth. 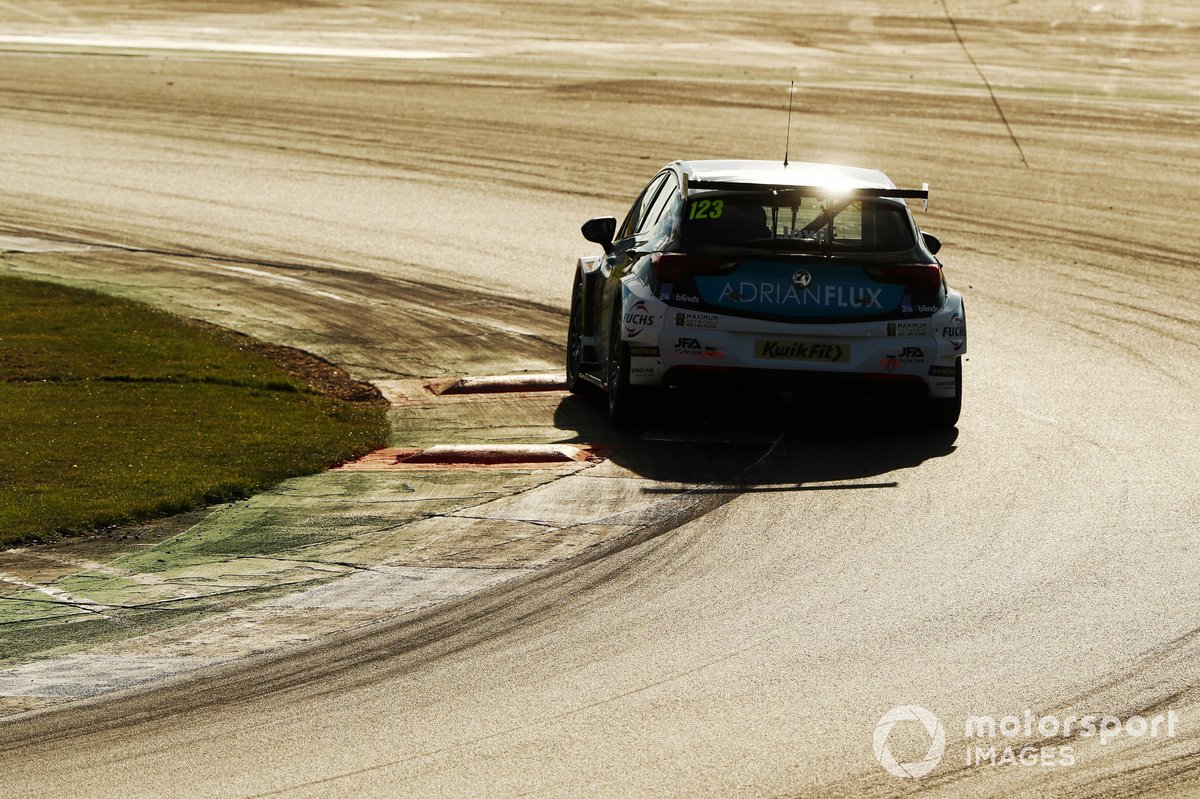 Butcher’s Speedworks Motorsport Toyota Corolla, on 27kg of ballast, could never entirely escape the attentions of Proctor’s BTC Racing Honda, on 21kg, but, like his brother in law Shedden, Butcher was never subjected to a serious bid to oust him.

Colin Turkington was another to pass Plato. The four-time champion had 48kg of success weight on board his West Surrey Racing-run BMW 330i M Sport, and ran sixth early on.

Turkington then pulled a move on Plato just past half-distance, getting an overlap on the exit of Coppice and completing the move by the time they reached the chicane.

Plato then came under pressure from championship leader Ash Sutton’s Laser Tools Racing Infiniti Q50, which made progress from 10th on the grid with the maximum 75kg of ballast.

Sutton moved up to ninth when a second-lap move from Chris Smiley on Dan Rowbottom failed to come off, and Josh Cook and Sutton both took advantage to get past the Excelr8 Motorsport Hyundai i30 N.

The safety car then emerged following an incident at the Old Hairpin: Ollie Jackson passed the Ciceley Motorsport BMW of Adam Morgan on the entry to the corner, but ran wide on the exit. 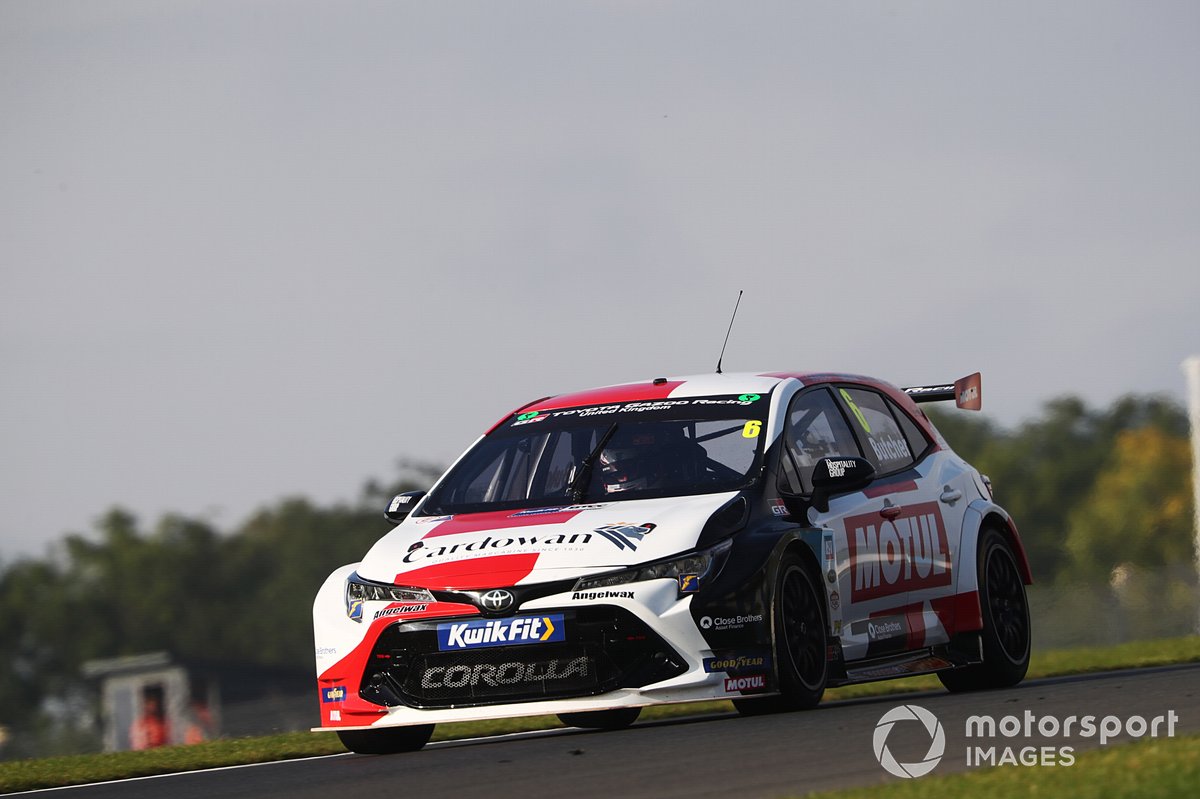 In turn, Jackson’s title-contending MB Motorsport Ford Focus team-mate Jake Hill got a run on Morgan on the exit, but the BMW became pincered between the two Fords.

Contact was made between Hill and Morgan, with Morgan shunting backwards into the barrier and Hill taking a trip across the grass – he was forced to pit before resuming at the rear.

On the restart, the Dynamics Honda of Rowbottom tried a move on Turkington at Redgate – contact was made and Rowbottom lost momentum.

Cook in his BTC Honda tried to take advantage around the outside of Schwantz, but found himself run out of road. There was more contact, Rowbottom ran through the gravel at McLeans, and Cook lost a position to Sutton.

That allowed Sutton, who set fastest lap despite his ballast, to close on Plato, while Cook finished eighth with 39kg of success weight on his BTC Honda.

Smiley and Jackson completed the top 10, in close formation to the finish.

Tom Ingram, on 66kg of ballast in his Excelr8 Hyundai, scored points for 11th, while Hill recovered to 17th.