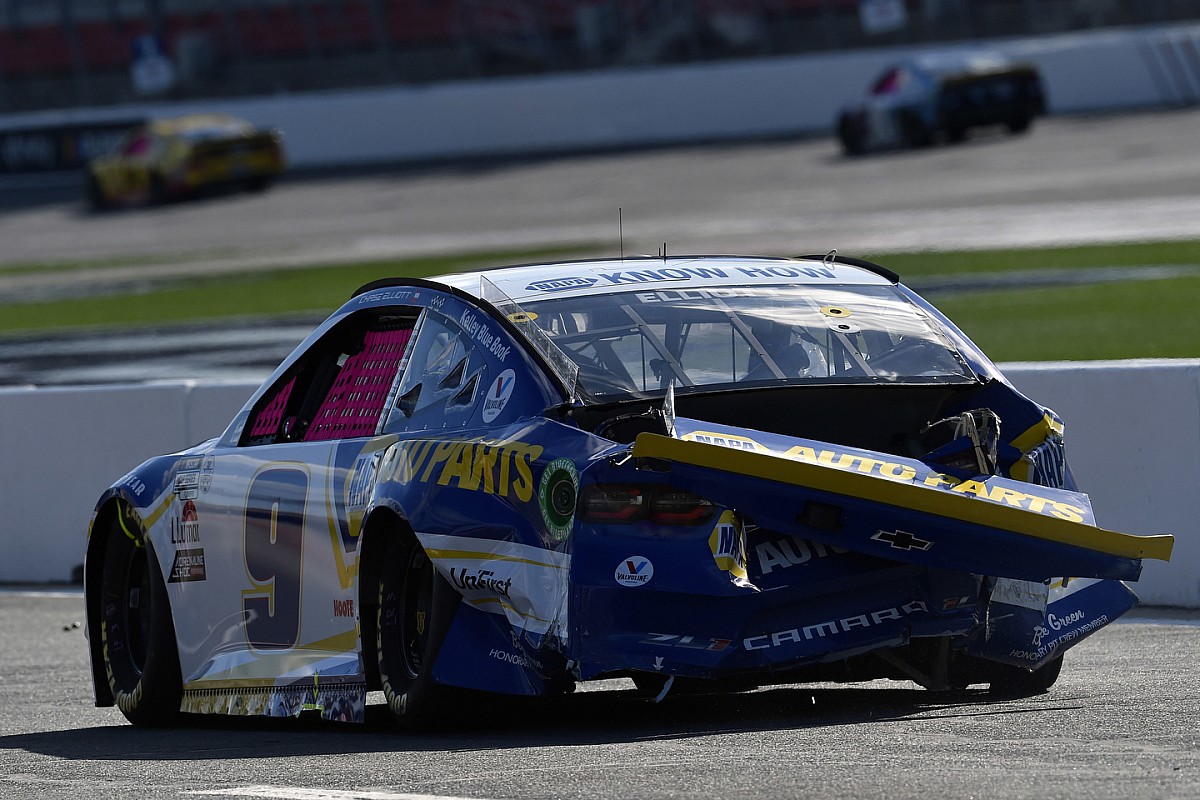 The latest coming together between the pair came three weeks after a fiery post-race confrontation at Bristol, when a delayed Elliott – who had suffered a puncture in contact from Harvick while battling for the lead – deliberately held up the 2014 champion and helped his Hendrick Motorsports team-mate Kyle Larson to steal victory.

Stewart-Haas Racing’s Harvick appeared to retaliate at Charlotte by punting Elliott into the Turn 7 wall on lap 55 of the playoff elimination race, leading to Elliott sustaining significant right-rear damage before being hit again by Cole Custer.

The lengthy repairs in pitlane meant Elliott was in danger of missing the cut for the next stage of the playoffs on points, and he made it clear on the radio that he was looking for Harvick on track.

A timely debris caution for the rear bumper falling from Elliott’s car put him in a position to finally catch up to the field.

With Elliott just a couple of car-lengths behind starting lap 99, the 45-year-old veteran overshot Turn 1 trying to outbrake Christopher Bell and made heavy contact with the wall – putting him out on the spot.

Along with Harvick, Bell, William Byron and Alex Bowman were also knocked out of the playoffs as Larson took victory.

Elliott continued to finish 12th, progressing to the next phase round of eight at Texas next weekend.

When asked about the feud, Elliott was tight-lipped, but said: “As far as Kevin goes, I just want to wish them a merry off-season and a happy Christmas.” 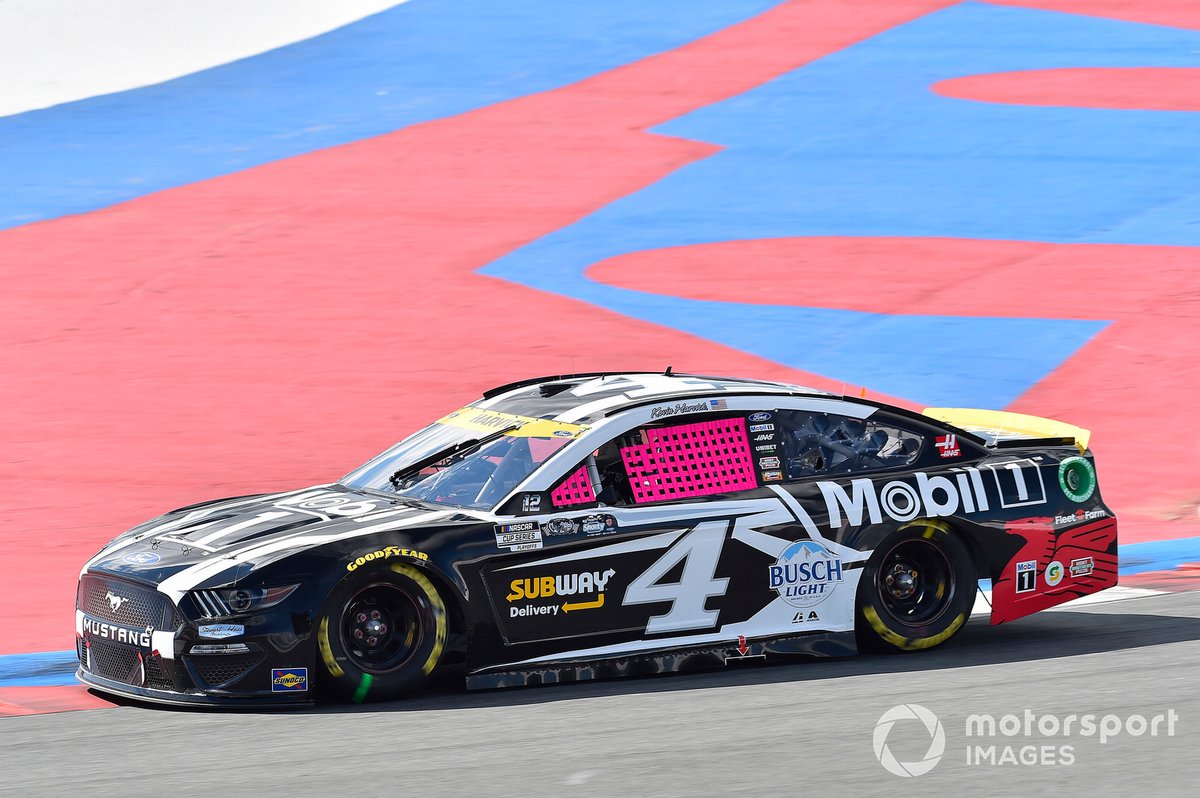 He said that his opinion of Harvick has not changed since Bristol and that he is “just glad we’re moving on”.

Harvick would not outright say the initial contact with Elliott was intentional, only that “sometimes real life teaches you good lessons”. When pushed further, he added: “You remember Bristol”.

Explaining his Turn 1 accident, Harvick said: “I just pushed it in there too hard and I got the tyre locked up and I couldn’t stop it.”