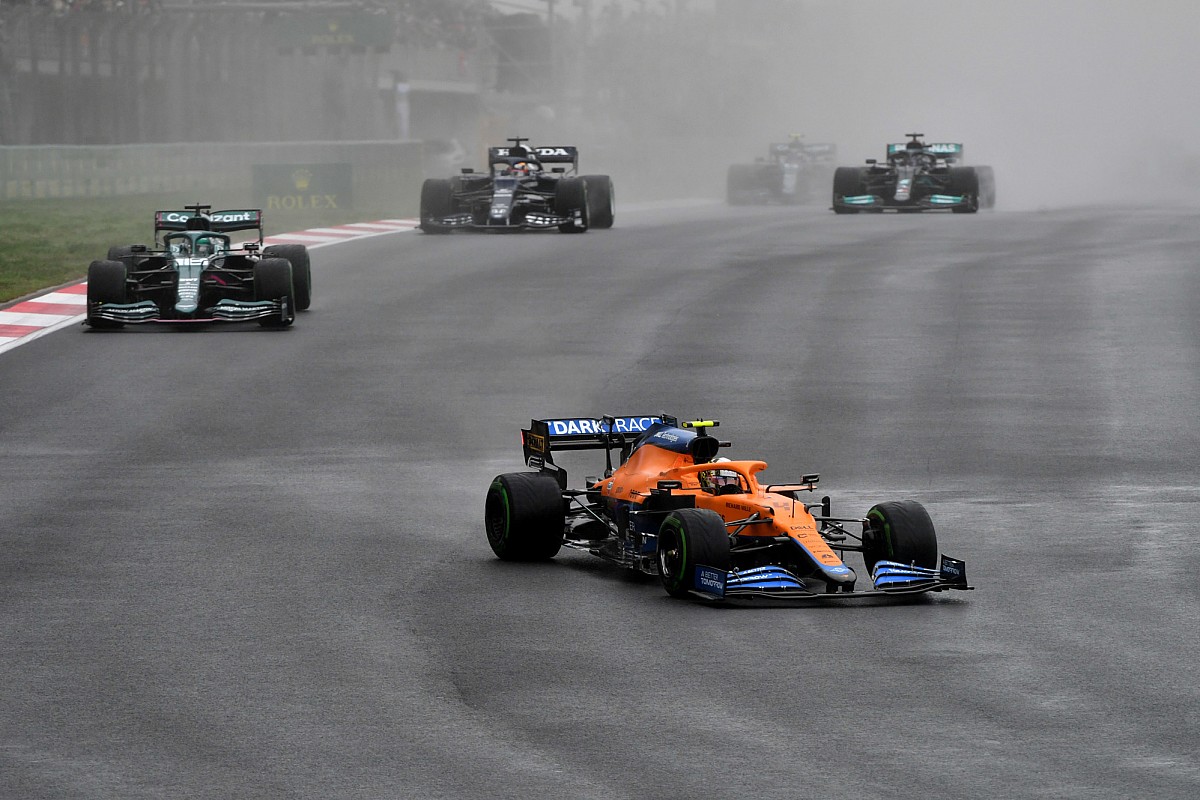 With the Istanbul Park race being hit by tricky conditions, as race-long drizzle and low cloud meant the circuit never fully dried, drivers had a challenging time managing their tyres.

And for Norris, one thing that stood out as he bid to move up the order, was the limited visibility early on.

“The laps to the grid I basically couldn’t see a thing,” explained the McLaren driver. “I was quite scared actually how bad it was. But I think the first lap I managed to get a gap and control it very well from then on.

“I think it’s because the water sits on the surface quite a bit. It obviously didn’t dry, so there’s always that bit of water and I think it’s not like down in the cracks of it [the asphalt].”

This year’s Belgian Grand Prix had to be abandoned after three laps behind the safety car because of concerns about the lack of visibility on offer in the wet conditions there. 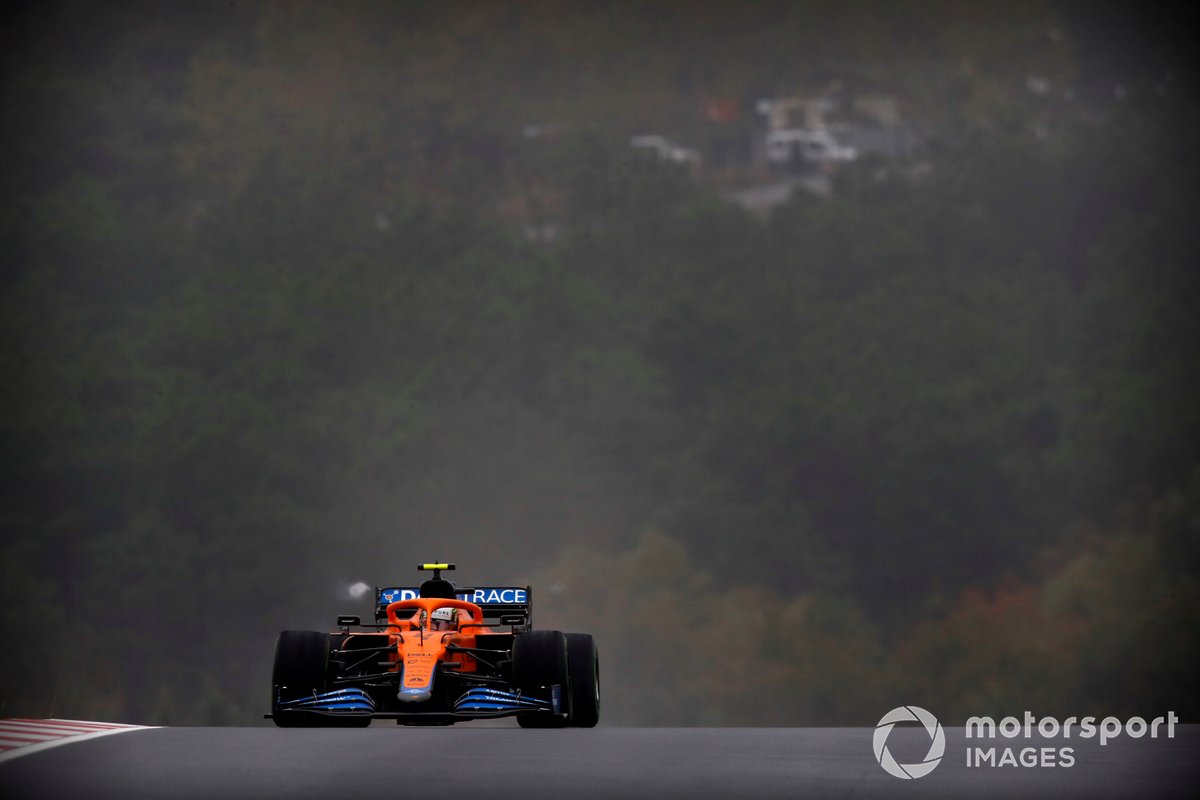 Norris said that what he experienced in Turkey was pretty bad, and not helped by the water thrown up having some oily content – which stuck to the cars and visors.

Asked if the spray was worse in Turkey than elsewhere, Norris said: “A little bit more I would say. But it’s terrible at other tracks, probably every other track you go to. It just stayed bad for a little bit longer.

“On lap one, it was more like an oily water rather than just water, if that makes sense. So it became like a bit more blurry and stuff, as well as the water going into the visor.”

Despite Norris’ concerns about the spray, F1 race director Michael Masi never believed that that conditions in Turkey were ever as bad as they had been in Belgium.

“Having spoken to a number of drivers after the race, I don’t think the spray was worse than what it was in Spa,” he said. “I’m quite confident of that.”

Other drivers also mentioned how the dirty spray caused them difficulties in the race, with Yuki Tsunoda claiming it contributed to the spin that cost him a points-scoring finish.

“There was not [a clear] mirror, I couldn’t see anything because of dirt and dust,” he explained.

“I just couldn’t watch, I thought there’s a car right behind me so I just had to push and I spun. But anyway the spin ruined my whole race, so it’s a shame.”