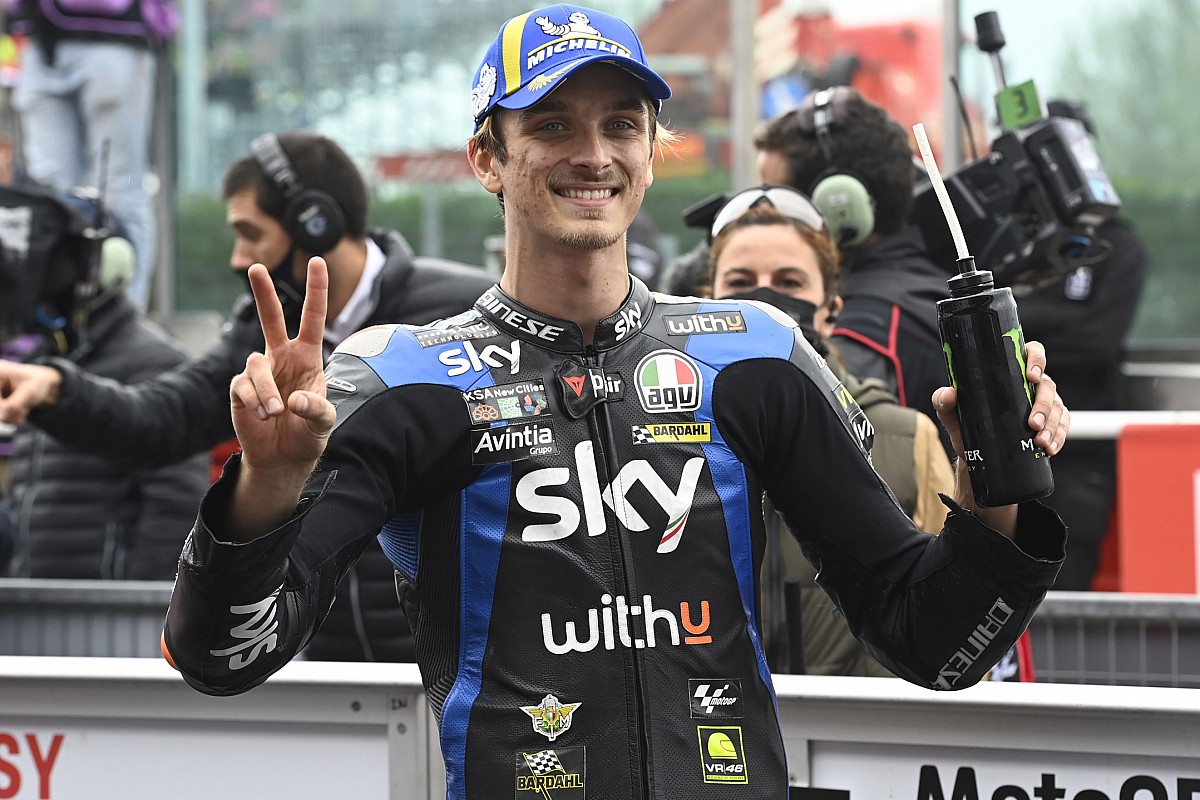 Avintia rookie Marini has endured a largely difficult rookie campaign in MotoGP aboard the VR46-backed two-year-old Ducati, but in recent rounds has started to show flashes of speed.

Marini took advantage of the cold and tricky conditions in qualifying at Misano to put his GP19 third on the grid, missing pole by just 0.085 seconds as he shadowed factory Ducati pair Francesco Bagnaia on pole and Jack Miller.

It proved to be the only positive result of Rossi’s final qualifying on home soil, after he ended up 23rd and 4.8s away from the best time in Q1 – but the MotoGP legend couldn’t hide his delight at Marini’s performance.

“Luca today was fantastic, I’m very proud of him, very happy for him for this front row,” Rossi said.

“He rode very well, already from Friday morning he was always in front.

“And today with these difficult conditions he was able to make a fantastic lap and the front row is already a great result for a rookie, and he’s also very, very close to the pole position.

“This is very important for him, for his future, for his career because next year we will do the team together and I think he will have a good bike and a good team behind him.

“So, the second year he needs all the support to try to arrive at the good results. I think that he has the speed, he has the talent, he can do some good things.” 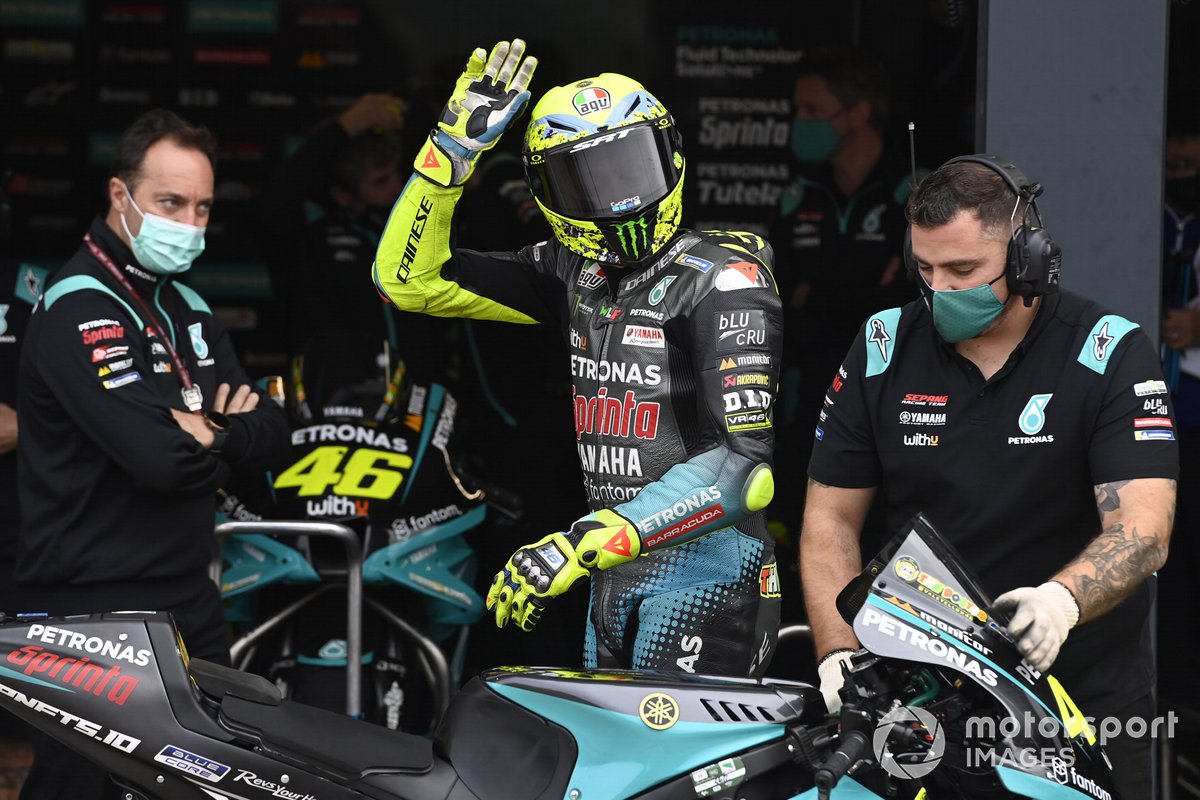 Marini says he knew the front row was possible because the conditions levelled the playing field somewhat, noting: “With these tricky conditions I knew that the gap between the bikes is thinner.

“So, the rider can make the difference in this situation and I just tried to put all the sectors together, to do a clean lap and was really not a surprise, but something really great inside me because when I passed the chequered flag I knew it was a strong lap.

“And then I take a look at the screen and I was third, so it was a really great emotion, a great feeling.

“I think this year we worked really well with my crew, with my team.

“We started quite far compared to the top riders and also the feeling with the bike at the beginning was not easy to understand also.

“But when I have a good feeling on the bike I can be strong and fast in all the situations, and this is something I’m very proud of.”

In MotoGP’s last visit to Misano, Marini’s team-mate Enea Bastianini – who qualified 16th after a crash in Q1 – came through from 12th on the grid to finish third in the San Marino GP.

But Marini has ruled out a podium challenge, and instead hopes he can simply “steal” some information by running with the top riders on Sunday.

“Well for sure tomorrow the race will be difficult because in the dry conditions I think that the gap is a little bit higher,” he said.

“We will see because we didn’t try [proper dry running] in these two days, but I will be happy if I can finish in the top 10 positions.

“I would like to take this as an opportunity to try to stay with the top riders in the world and try to steal something from them, try to learn something that can make me grow as a rider.”