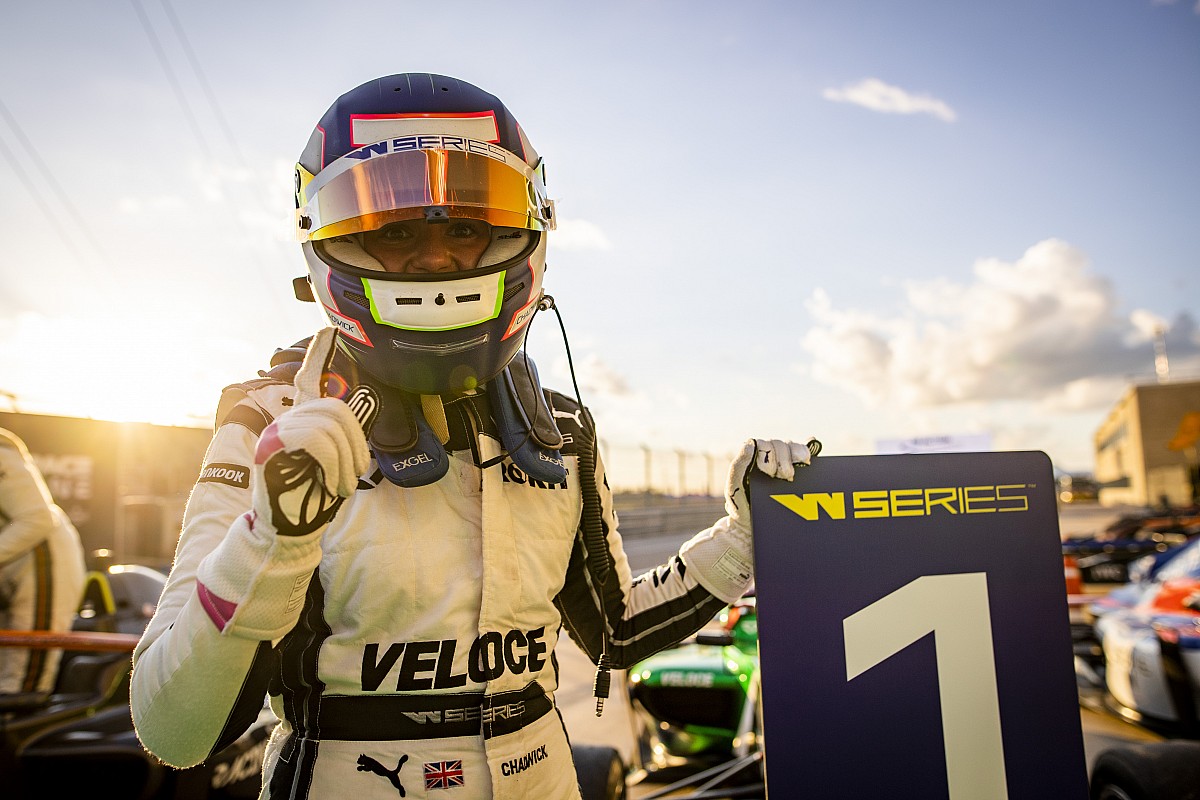 The 2019 champion took her second consecutive title in Austin with a lights-to-flag victory, cruising across the line almost five seconds ahead of second placed Abbi Pulling, having also won Saturday’s race.

Season-long title rival Alice Powell had entered the weekend level on 109 points with Chadwick, but finished Sunday’s race in sixth, leaving her second in the drivers’ standings.

Powell suffered a poor qualifying session on Friday, starting 10th in Saturday’s race before fighting through the field to take third. She started ninth on Sunday.

Fellow Brit Pulling took her first series podium in second place despite only competing in four races this season, with her points total putting her in eighth overall and earning her a guaranteed spot on next year’s grid.

Marta Garcia and Abbie Eaton were unable to start the final race of the season – the former because of illness, while the latter suffered a compression fracture in yesterday’s race. 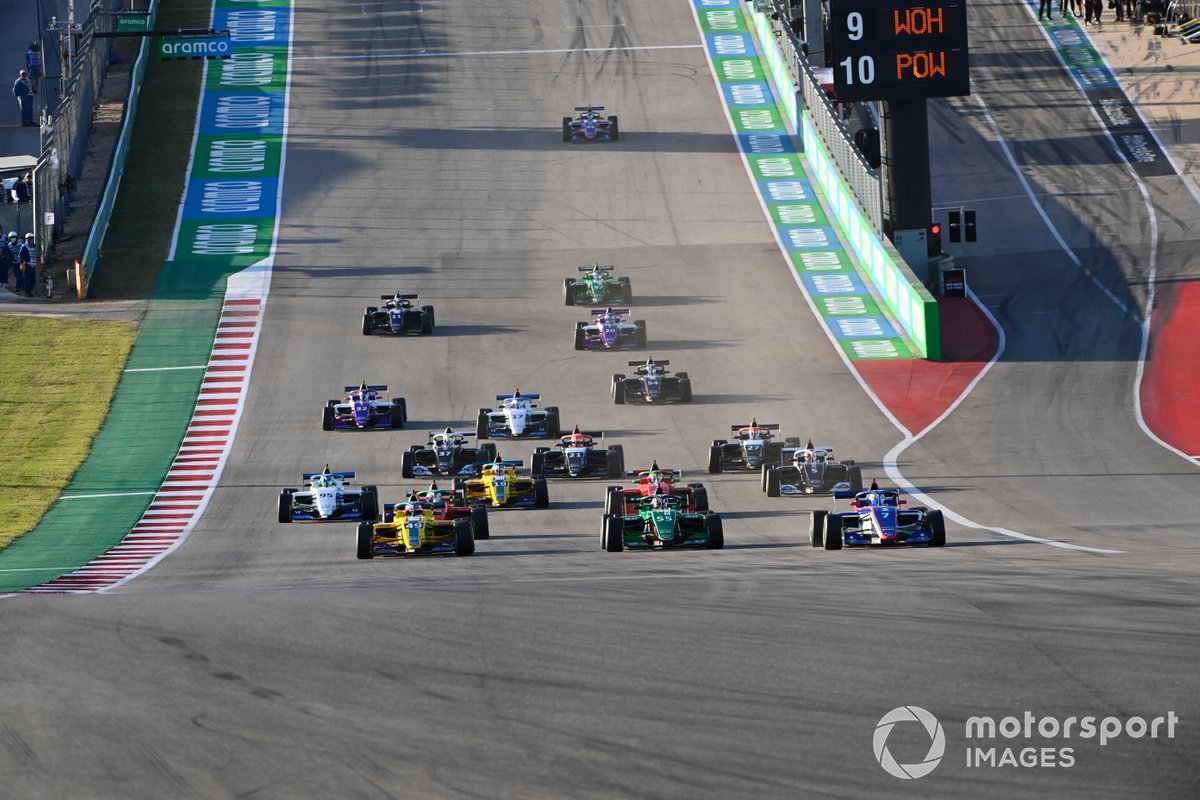 Emma Kimilainen, leads Jamie Chadwick, Abbi Pulling, and the rest of the field at the start

Chadwick got a great launch off the line while Visser and Kimilainen tussled for third around the first lap, with the latter having made up three places from the start.

Despite her best effort, Powell struggled to pass Garcia, while Moore fought Visser for fourth into lap six with a bold but failed move up the inside on Turn 1, before finally making it past the Dutch driver the following lap.

By the halfway point, Chadwick had built up a 2.3s lead, with Pulling in second and Kimilainen in third.

Powell almost passed Garcia with 10 minutes to go, going up the inside at Turn 1, but failed to slow in time and suffered a slight lock-up, allowing the Scuderia W driver to hold her position.

Fabienne Wohlwend was forced to pit after reporting steering issues, ending her race having been running in 10th.

Jessica Hawkins and Sabre Cook made contact down in the battle for eighth into Turn 12 as Hawkins went up the inside, causing them both to spin and dropping Hawkins to 12th and Cook to last place at her home race. The incident will be investigated after the race.

Powell continued her push behind Garcia into the final five minutes, right on her gearbox into Turn 19 before finally taking P6 after Garcia ran wide at Turn 1.