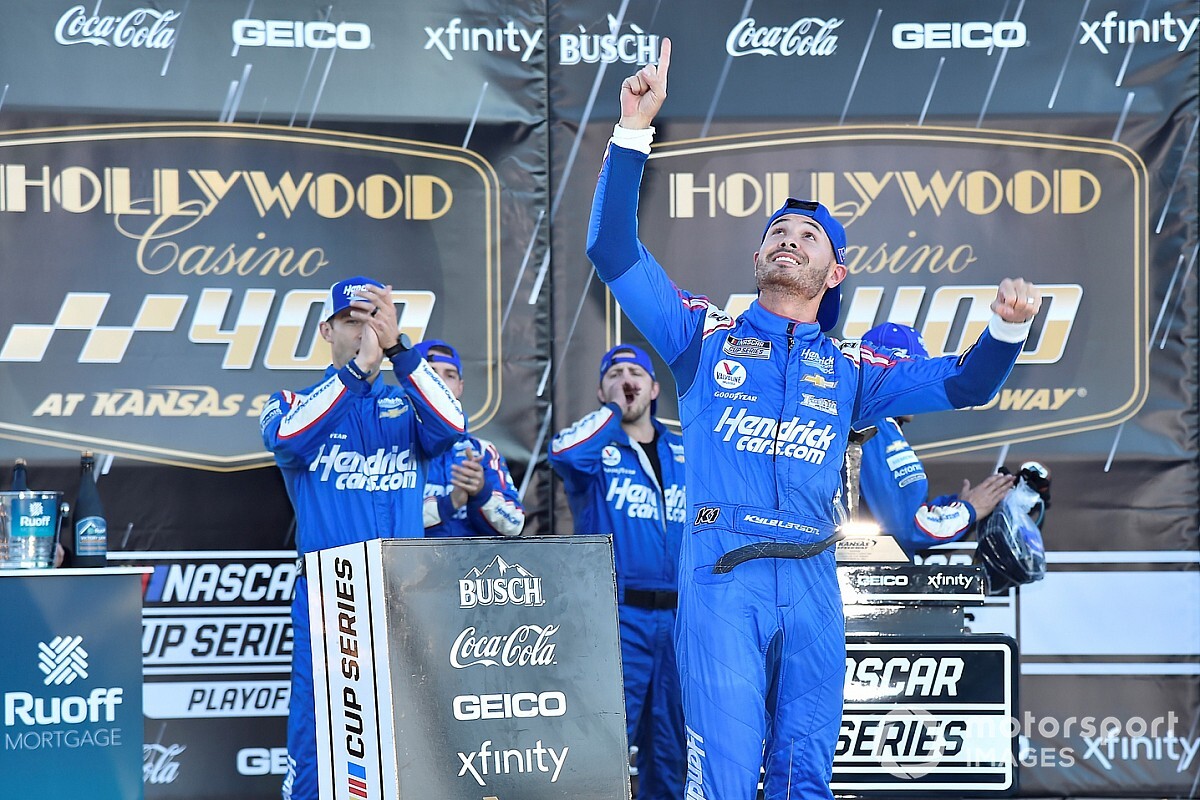 Larson, who dominated much of the race, powered to the lead on a restart with 39 of 267 laps remaining and held off late challenges from first Kevin Harvick and then Elliott by 3.619s at the finish.

Larson has now won the first two races of the semi-final round of the series playoff and remains the only driver locked into the Championship 4. It’s also the second time this season Larson has won three consecutive races.

The victory came on the anniversary of a Hendrick plane crash in 2004 during a race weekend at Martinsville that killed 10 people, including team owner Rick Hendrick’s son, brother and two nieces.

Kansas Speedway was also the site of Ricky Hendrick’s only NASCAR win, a Truck victory in the 2001 season.

During the race, Larson also eclipsed a 2001 record set by former HMS driver and Hall of Famer Jeff Gordon for most laps led during a 36-race season (2,320 laps).

“I want to dedicate this win to Rick and Linda [Hendrick]. I never got to meet Ricky or the other men and women who lost their lives that day but I felt the importance of this race, no doubt,” Larson said. “It was crazy how it all worked out there at the end.

“Thank you to Rick Hendrick. I know it means a lot to you and I’m glad I could get it done.” 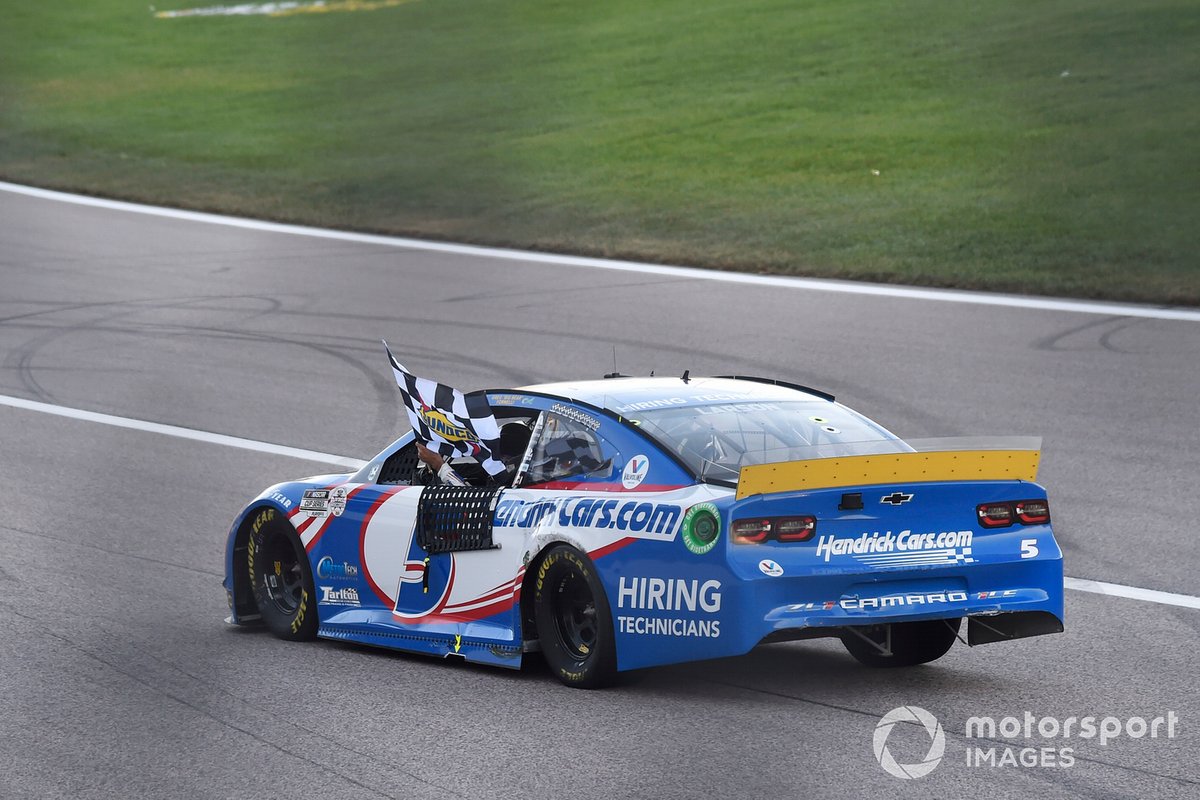 Once again, Larson found some of his toughest competition in the race from his team-mates.

“I thought we were a third-place car, maybe,” Larson said. “William [Byron] was really fast. I hate to see the unfortunate luck there for that team [Byron had to pit late for loose lug nuts]. They’ve been really strong of late.

“But we were able to capitalise and get the win and hopefully we’ll go to Martinsville and get a clock.”

Harvick ended up third in Sunday’s race, Kurt Busch was fourth and Denny Hamlin rounded out the top five.

With one race remaining in the semi-final round next weekend at Martinsville, the four drivers lowest in points without a win and in danger of missing out on the Championship 4 are Blaney, Truex, Keselowski and Joey Logano.