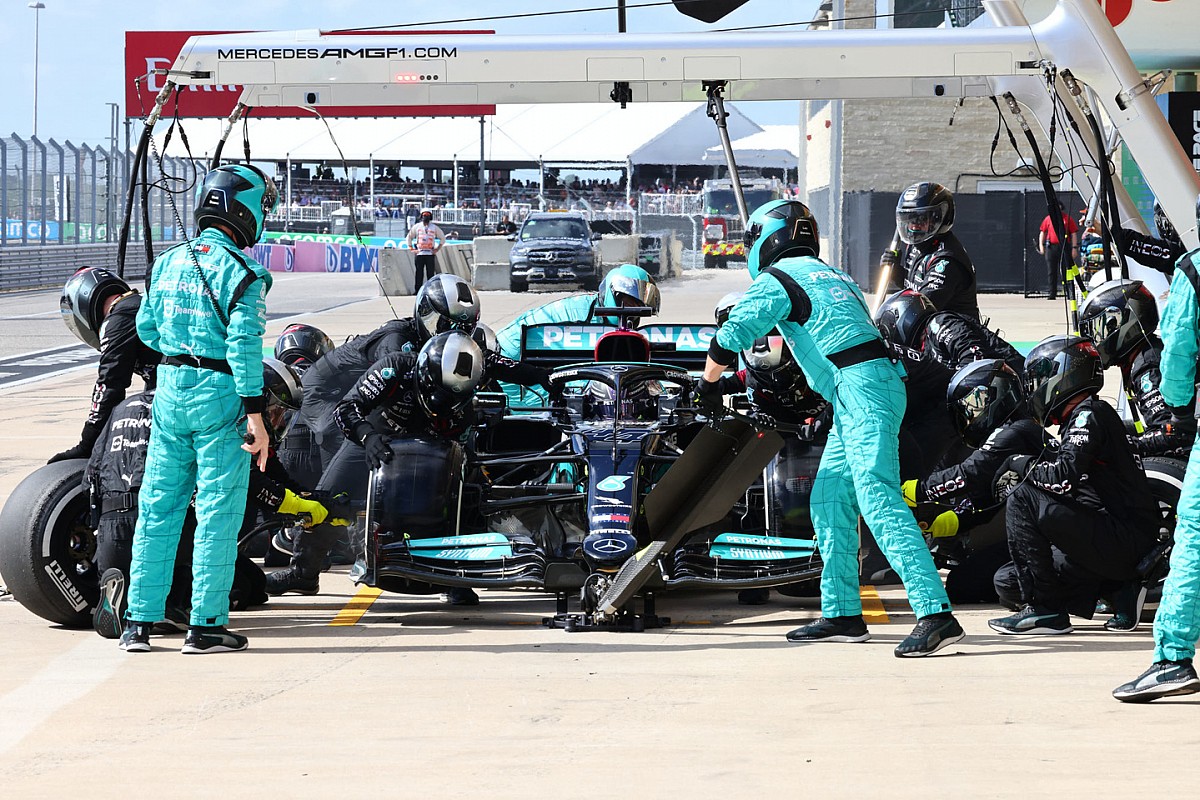 Hamilton led the early stages at Austin on Sunday, but rival Red Bull seized the initiative when it went for the undercut with Verstappen on lap 11 – which helped him move to the front.

Mercedes tried to counter Red Bull’s approach by extending Hamilton’s stints at long as possible to give him fresher rubber at the end of the race. However, the pace advantage was not enough to get the world champion close enough to Verstappen for a pass.

Reflecting on whether there were other options that could have delivered the win, Mercedes reckons that it should have been braver in going for a much earlier stop when it was struggling on the medium tyres during the first stint.

Asked what Mercedes should have done differently, trackside engineering director Andrew Shovlin said: “Had a crystal ball perhaps and realised that the hard tyre would have been a better tyre for us!

“Realistically the options to win the race probably boil down to retaining the lead after the very good start that Lewis made by stopping early – and maybe pitting as early as lap eight.

“But given we were struggling on the mediums on such a short stint, we would have never been brave enough just to hold the lead. It would have felt like we would compromise the whole race.

“But, as it happens, I think we could have gone for an early stop and could have made the finish. But it would have been a case of pulling the trigger earlier and then hoping for the best, seeing if Lewis can keep Max at bay. But really that was the main opportunity.”

While Red Bull was able to roll the dice in going for the early undercut when Verstappen was trapped behind Hamilton, Mercedes is not sure that it would have had such a chance to do the same if it had been running second at that point of the race. 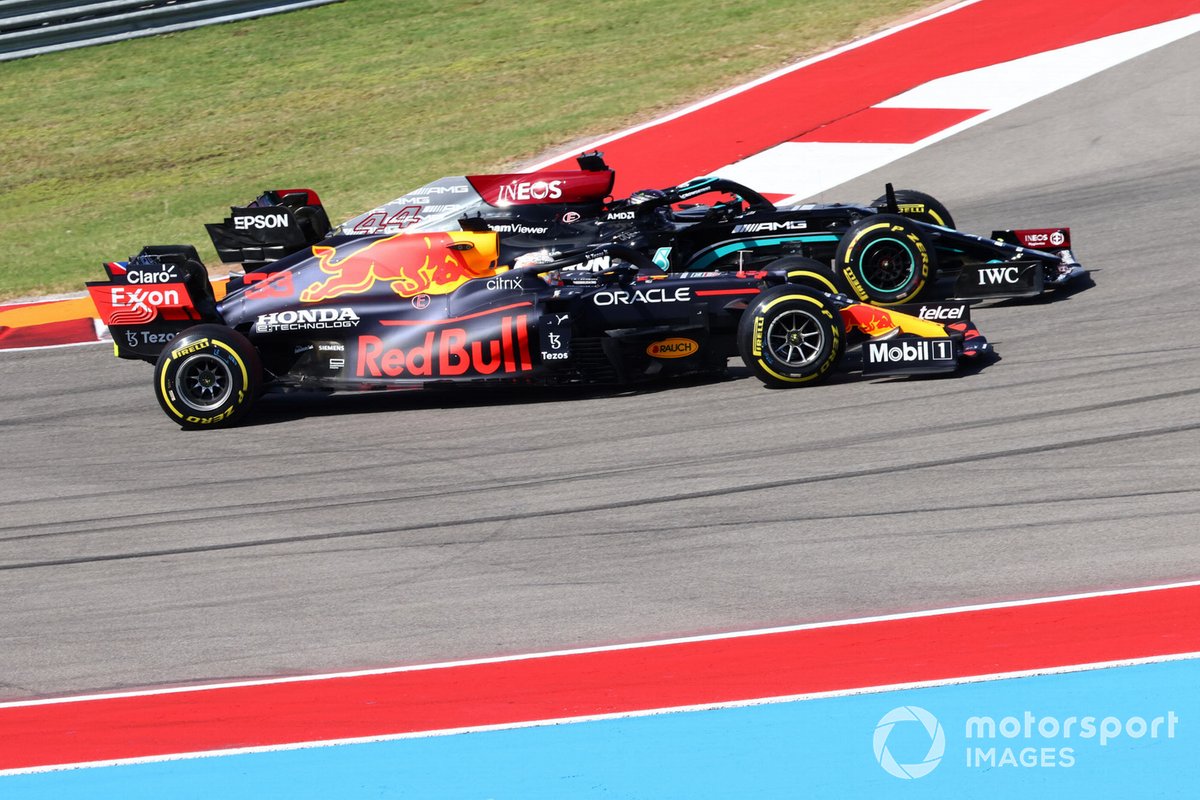 “It changes your mindset when you are in P2, as realistically the worst you can finish is P2 given the races will be won by Lewis and Max without other issues a lot of the time,” explained Shovlin.

“But the big question is, could we have kept up? And I am certain we couldn’t have sat on their gearbox in the way that they did to us.

“Whether we could have even kept to within an undercut range is another matter. It comes down to that weak performance that we had on the medium tyre. And if we weren’t in undercut range, then Max would have just gone long and broken the race up into nice manageable chunks.

“As it happened, the best thing we could do when they undercut us was to try to create a bit of a tyre offset. But ultimately the race wasn’t quite long enough to have that pay dividends.”

Mercedes was clear, however, that there was no chance of Hamilton’s tyres lasting well enough for him to contemplate a one-stop race.

“We saw that in the final stint a lot of the field started managing more, and they got the degradation under control,” added Shovlin.

“But when people were pushing hard, the tyres were falling off at an incredible rate. So one stop would have been out of the [equation].

“The medium wasn’t good enough. We could have done it with two hards, but you can’t race that. For us, we were struggling too much on the medium and a three-stop you couldn’t make the pitstop gap back, so it was a nailed on two-stop which is what we expected coming here.”