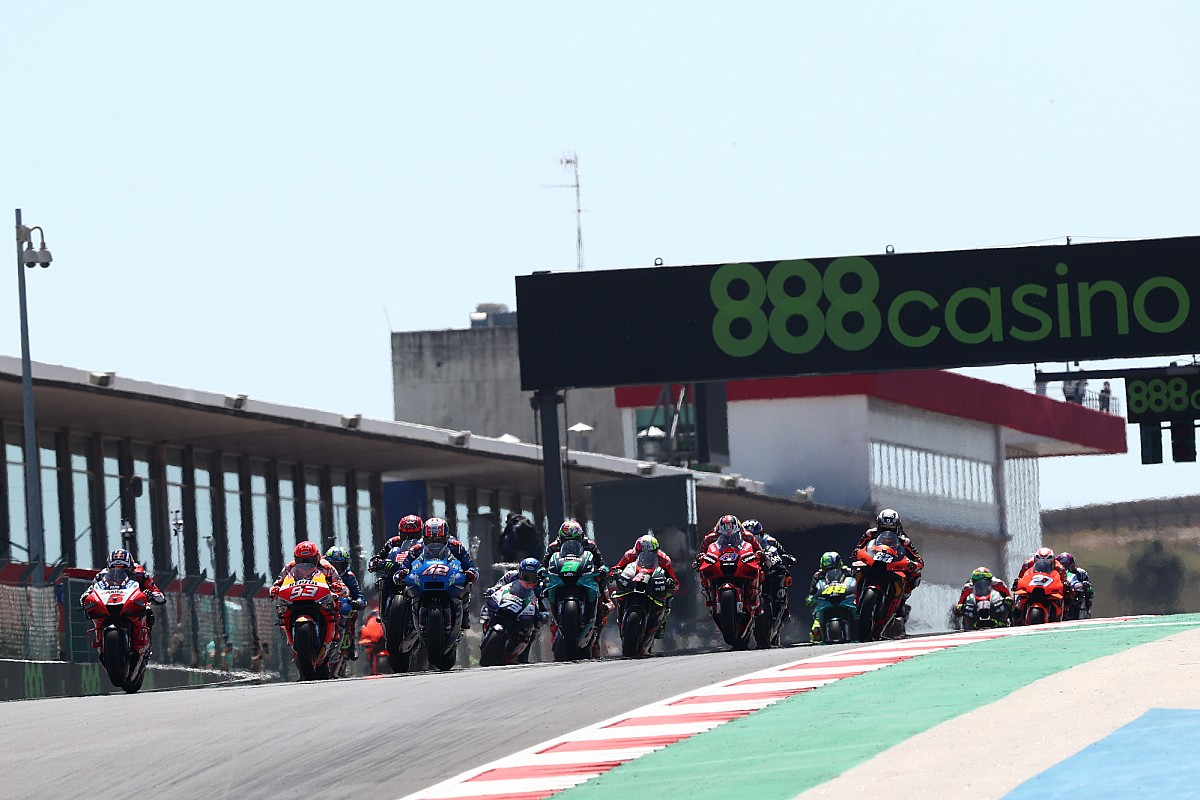 Fabio Quartararo sealed the 2021 MotoGP world title last time out at Misano after championship rival Francesco Bagnaia crashed out while leading. It meant regardless of where the French rider finished he sealed a maiden world crown with two rounds to spare.

While the riders’ championship is wrapped up, both the manufacturers’ and teams’ titles are yet to be decided.

Ducati leads the manufacturers’ standings by eight points from Yamaha, while the factory Yamaha team heads up the teams’ table by 13 points from the factory Ducati outfit.

MotoGP returns to Portimao having raced at the Portuguese circuit earlier this season in April, when Quartararo clinched victory ahead of Bagnaia and Mir, with all three currently the top three in the riders’ championship. 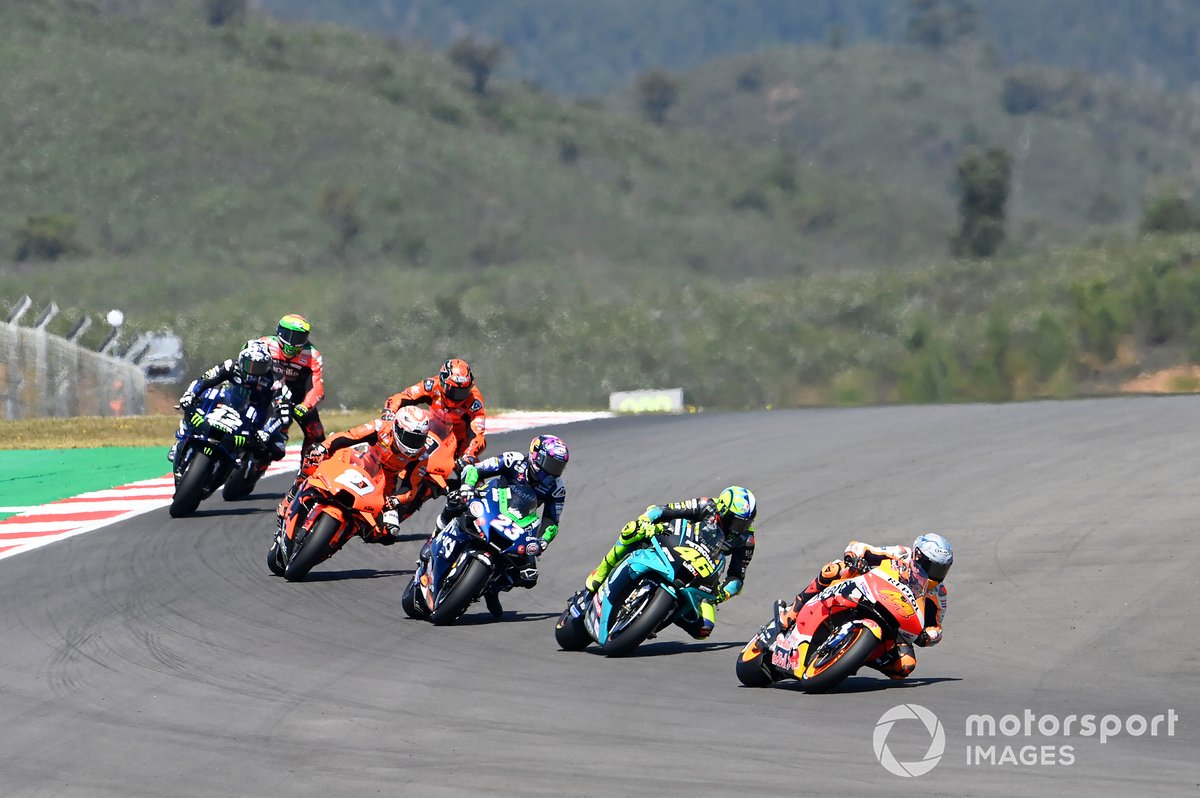 Why is it called the Algarve GP?

With races not allowed to be given the same race names in the same MotoGP world championship season, Portimao’s second race of the season has been called the Algarve GP, named after the region of Portugal the circuit is located in.

Why is MotoGP holding two races at Portimao? 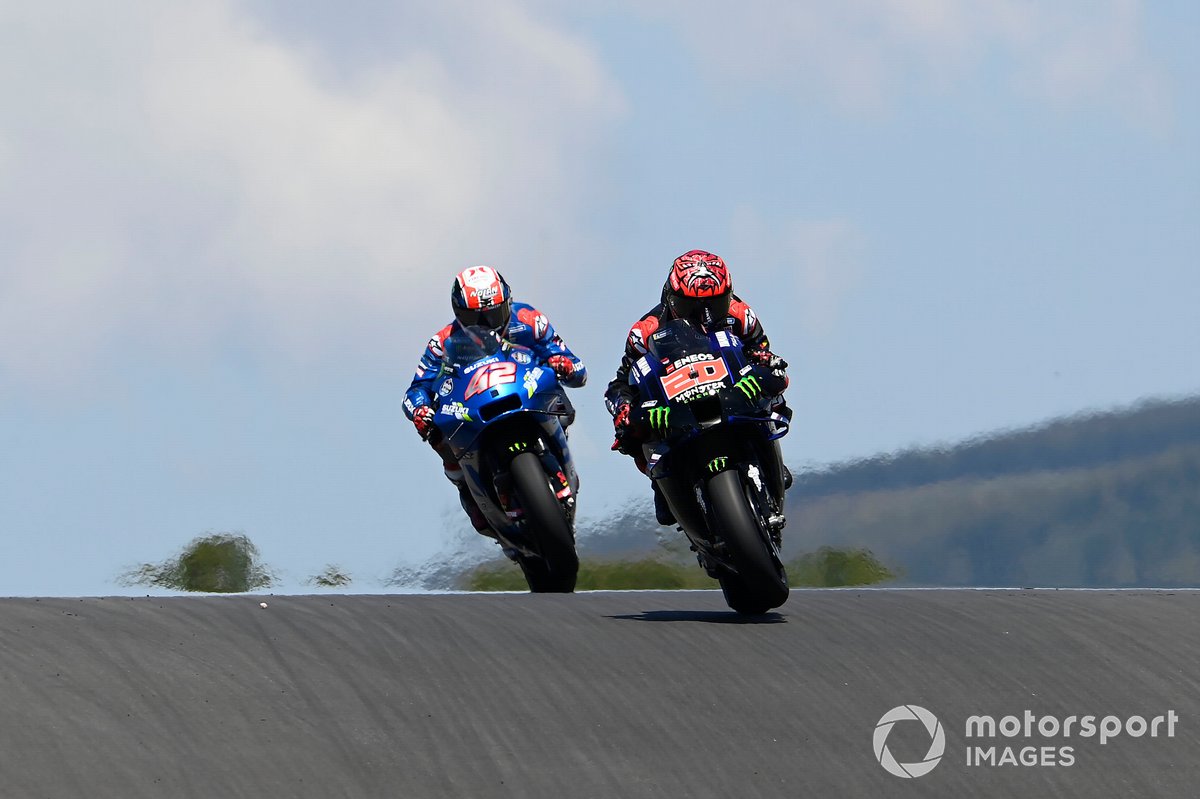 MotoGP will run its standard schedule across the Algarve GP weekend, with two practice sessions on Friday that will run for 45 minutes each. On Saturday third practice will also run for 45 minutes, with the top 10 on the combined FP1-2-3 timesheet automatically entering into Q2 of qualifying. A final 30-minute FP4 session is held on Saturday afternoon ahead of qualifying.

Q1 of qualifying sees all riders who did not finish in the top 10 of the combined practice times take part, with the top two finishers progressing into Q2 alongside the top 10 who gained an automatic spot via their practice times.

Q2 is the pole position shootout which decides the order of the front four rows, with the rest of the grid organised on Q1 times, for the Algarve GP on Sunday.

Moto2 and Moto3 are also in action during the Algarve GP. 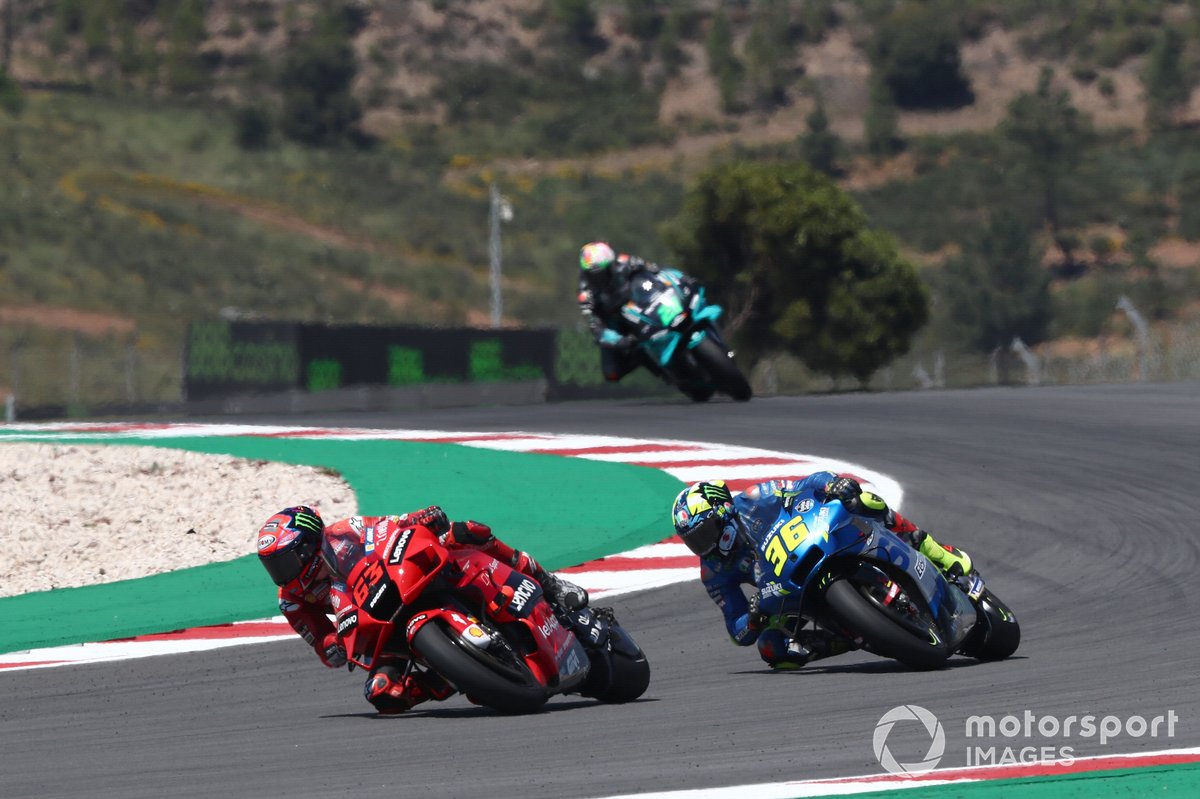 How can I watch the Algarve MotoGP?

BT Sport’s live coverage of Sunday’s action starts with the warm-up sessions at 9:00am GMT, taken from the world feed, before switching to its own broadcast at 10:30am GMT for the pre-race show ahead of the Moto3 race.

The build-up to the MotoGP race starts from 12:30pm, or when the Moto3 race finishes, ahead of lights out at 1:00pm. The Moto2 Algarve GP will take place after the MotoGP race at 2:30pm.

Can I stream the Algarve MotoGP?

Viewers in the United Kingdom can also stream the Algarve GP by purchasing a video pass from MotoGP.com. A one-off video pass, for the remainder of the 2021 MotoGP season, costs £16.89.

The video pass gives access to every live session, qualifying and race, plus world feed content and the chance to watch previous races.

Weather forecast for the Algarve MotoGP at Portimao

Portimao is set for settled and sunny conditions throughout the entire race weekend. Highs of 18 degrees Celsius are forecast on race day, which is two degrees warmer than the Emilia Romagna GP last time out.