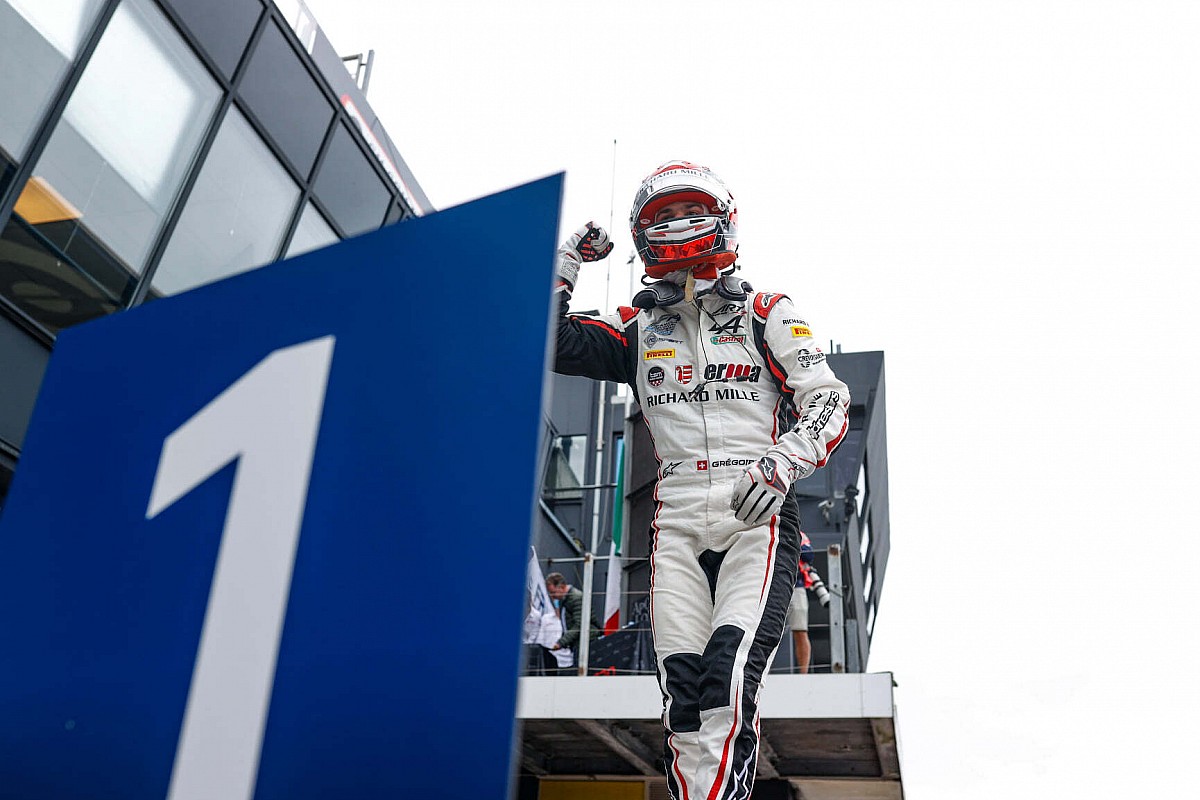 The Swiss 21-year-old set a 1m21.300s on Wednesday morning, the quickest time of the three-day test.

He said the step up to F3 had so far proven “easier than I was thinking”, having stepped into new machinery less than 24 hours after taking his title at Monza on Sunday.

It completed a strong week’s testing for Saucy, who had been second on days one and two behind Jack Doohan (Van Amersfoort Racing) and Jak Crawford (Prema) respectively.

MP Motorsport’s Caio Collet, who finished ninth in the 2021 F3 standings with the Dutch team, was second quickest on Wednesday with Roman Stanek (Trident) in third for the second day in a row.

This year’s runner-up Doohan was fourth quickest, setting a 1m21.437s for series newcomer Van Amersfoort. The Australian was fastest in the afternoon session with a time of 1m22.354s.

GB3 championship race-winner Reece Ushijima was second quickest in the afternoon for Campos, having driven for VAR on the previous two days. Jonny Edgar was third, having switched to Trident after spending the 2021 season with Carlin.

Aside from Ushijima, who took over from David Vidales at Campos, there were six further changes for the final day of testing with Victor Martins – third on the opening day – returning to the ART Grand Prix cockpit in place of Juan Manuel Correa.

Brad Benavides tested for Carlin instead of Ido Cohen, who moved to Jenzer Motorsport on day three. The Israeli replaced Nazim Azman, who took over from Urgan at Charouz Racing System.