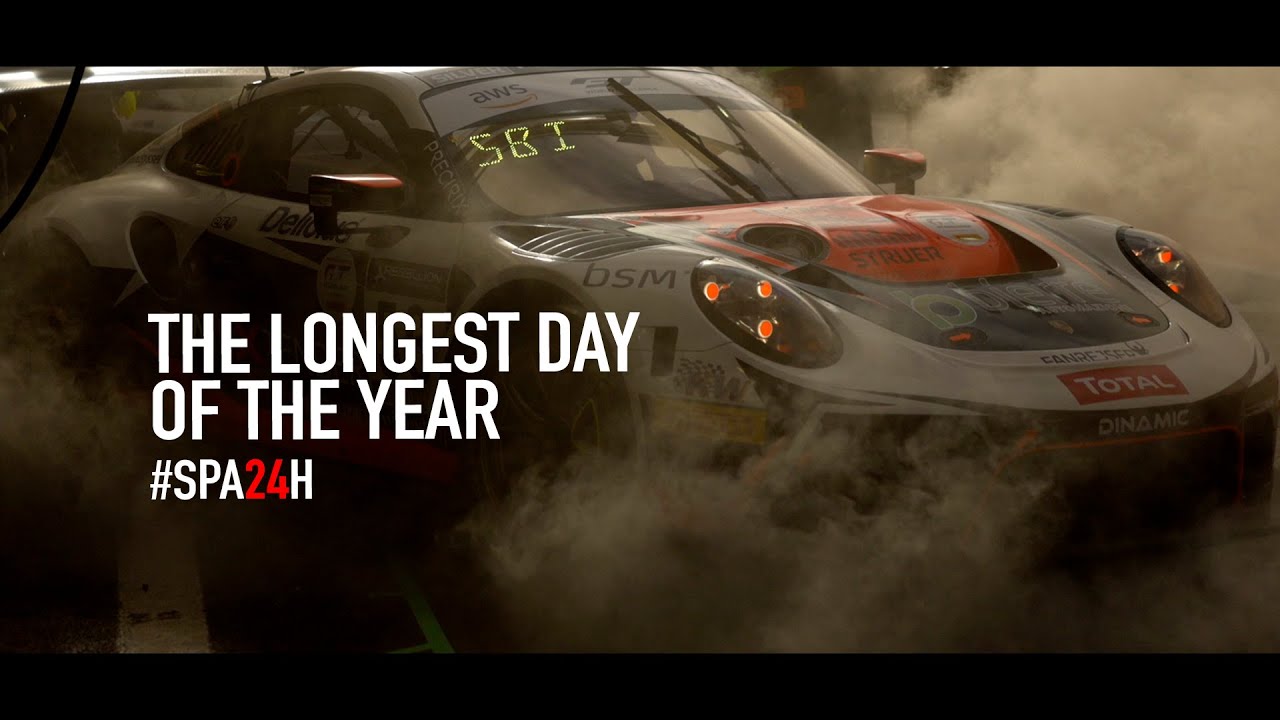 Video
Share on Facebook
Share on Twitter
Share on Pinterest
Share on LinkedIn
The Total 24 Hours of Spa staged its 20th edition since GT rules were introduced in 2001. We had to wait a little longer than usual before heading to the Ardennes. While the ongoing challenges of the COVID-19 pandemic altered the character of this year’s event, what did not change, however, was the level of competition. The race that unfolded between Saturday and Sunday was an intriguing contest featuring several leading contenders. At times it seemed almost certain that Mercedes-AMG, Lamborghini, Ferrari or Audi would secure the overall win, only for ROWE Racing to pounce during the closing stages and clinch victory for Porsche.

Here is a big thank you to everyone, from drivers to engineers, who helped make this fantastic race happen!

Join us for live and uninterrupted coverage of major events, as well as behind-the-scenes access, special features and fun from inside the paddock.